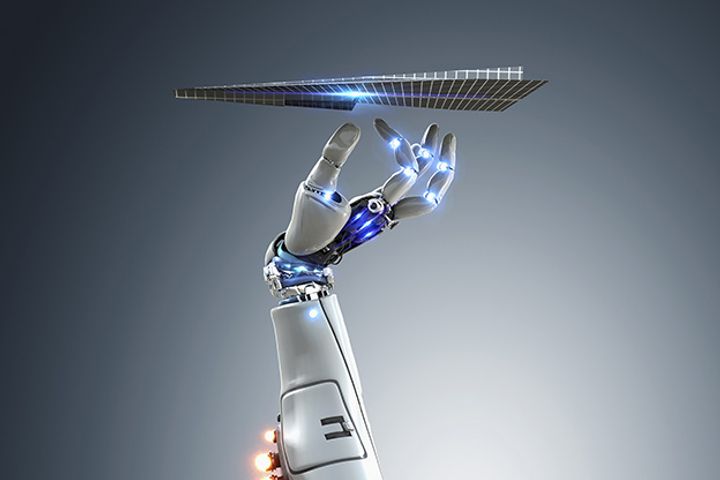 (Yicai Global) Dec. 19 -- China's spending on robots (including unmanned aerial vehicles) and related services is expected to grow rapidly between 2018 and 2022, with compound annual growth of 27 percent, reaching USD80 billion by 2022, and with its market size over 38 percent of the global total, per a report released by science and technology information institute International Data Corporation.

Framingham, Massachusetts-based IDC released its Worldwide Semiannual Robotics and Drones Spending Guide yesterday, which estimates that discrete manufacturing sectors -- among them autos, electronics and metal processing -- will occupy nearly half of China's spending on robotic systems next year, with a market size of nearly USD17 billion, followed by process manufacturing, healthcare, retail and consumer.

Hardware procurement will claim most spending on robots next year in the Chinese market, making up about two-thirds of the total, followed by software outlays, which will largely go to command and control applications, and services costs, which will spread across various areas, including system integration, application management, hardware deployment and others.

Hardware procurement also dominates spending on unmanned aerial vehicles, accounting for 95 percent, with the UAV procurement and hardware after-sales markets being the areas of focus. Consumer spending on drones will reach USD1.1 billion, or nearly half the national total.

Robots remain a top priority for technological investment for manufacturing companies among all major markets -- including China -- that IDC surveyed.

The spending guide quantifies the business opportunities in robotics technology from the angle of region, industry, application cases and technology, and provides expense data for 64 application scenarios in nine regions and 20 key sectors, spanning the gamut of robotic hardware, software and services categories.