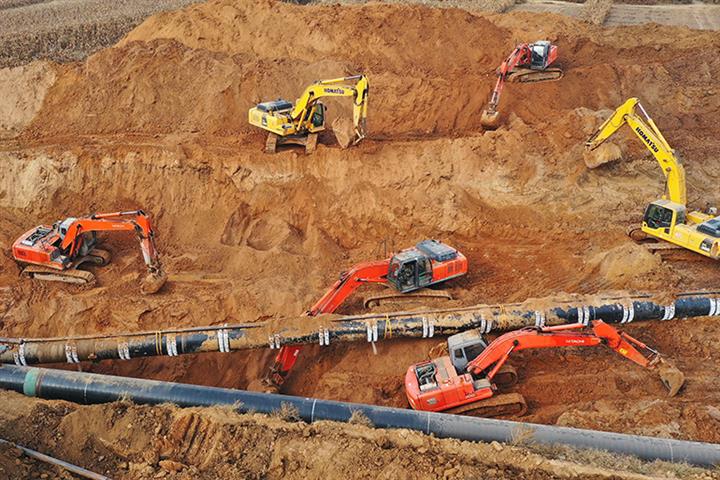 The south section will stretch 1,509 kilometers from Yongqing in northern Hebei province near Beijing across the length of Shandong and Jiangsu provinces to Shanghai. Scheduled to be completed in 2025, it will nearly quadruple the pipeline’s annual gas transmission capacity to 38 billion cubic meters.

The pipeline, which starts in the gas fields of eastern Siberia, is 5,111 kilometers long in China where it is divided into three parts. The north and middle parts are already completed. The north section, running from Heihe in northeastern Heilongjiang province to Changling in northeastern Jilin province, was put into operation on Dec. 2, 2019 and supplied five billion cubic meters of natural gas in its first year.

The middle section, starting in Changling and ending in Yongqing, was completed on Dec. 3 last year, and supplies natural gas to the capital city Beijing and the surrounding areas.

On Jan. 3, the pipeline delivered 28.8 million cubic meters, which is the maximum daily amount that the north and central sections are designed to supply, and all the extra energy went to heating the Beijing-Tianjin-Hebei region in the depths of winter, according to operator National Petroleum and Natural Gas Pipeline Network Group.

The China-Russia East-Route Natural Gas Pipeline is the country’s third major cross-border natural gas pipeline. The others are the Central-Asia Gas Pipeline, which runs from Turkmenistan via Usbekistan and Kazakhstan to China, and the Myanmar-China Oil & Gas Pipeline.

Work to excavate a tunnel under the Yangtze River through which the south section of the pipeline will run began in July.