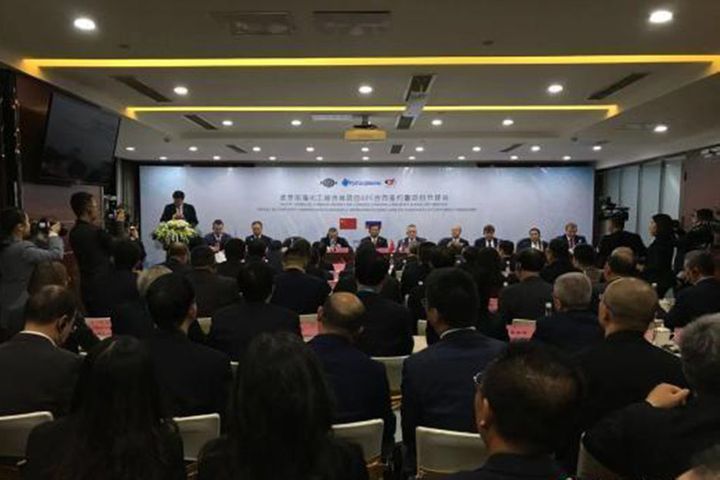 The project, the world's largest ethylene integration project, has one of the largest single contract values ever in the petrochemical field.

Wuhan, Hubei province-based CNCEC inked a general contract for the project with its investor, Moscow-based RusGasDobycha, in Chengdu in southwestern China's Sichuan province on Oct. 11, the firm announced on its website, saying the facility encompasses a petrochemical complex which can produce 2.8 million tons of ethylene and 2.9 million tons of polyethylene annually and is an very important part of Russia's large natural gas liquefaction and processing plant at Ust-Luga in the Leningrad Oblast near the Gulf of Finland.

CNCEC will create more than 6,000 local jobs and train employees in technology and skills during construction of the project and provide over 3,000 long-term steady jobs after construction concludes.

CNCEC has secured many important orders in Russia in recent years, six of which are finished or ongoing large-scale petrochemical projects, such as a nearly USD1.5 billion contract on a methanol unit with an annual capacity of 1.8 million tons of methanol signed with Nakhodka Fertilizer Plant in June and a USD5 billion oil-gas field joint project with Oil Gas Holding.

CNCEC has 320 overseas projects under construction worth over USD58 billion in more than 60 countries and areas, including Russia, and has helped overseas owners raise over USD20 billion in China, while driving USD21.5 billion in exports of China's mechanical and electrical and other products.