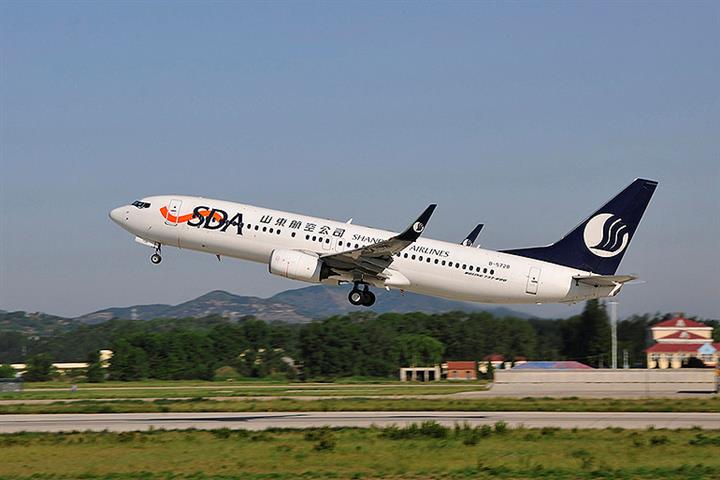 Shandong Airlines’ 2021 losses narrowed by a quarter from the year before when they stood at CNY2.4 billion, according to the Jinan-based company’s latest earnings report released yesterday. But its debt-to-asset ratio jumped 14.28 percentage points at the end of December last year from the year before to 102.81 percent.

The carrier is now at risk of being delisted from the Shenzhen stock exchange and the trading of its stock was suspended from today. The airline’s share price [SHE:200152] closed down 2.48 percent at CNY3.15 (USD0.49) yesterday. The stock, while listed on the mainland, is traded in Hong Kong dollars which are known as B-shares.

New listings and refinancing in the B-share market ceased in 2000, making it difficult for Shandong Airlines to raise the funds it needs to get it out of this hole. The airline is owned by the country’s flag carrier Air China, which holds a 22.8 percent direct stake as well as 50 percent of Shandong Airline’s biggest direct shareholder, Shandong Aviation Group, which has 42 percent equity.

Shareholders are discussing how to inject more capital into the carrier to boost liquidity, Yicai Global learned.

Shandong Airlines is not the only Chinese carrier on the brink. The country’s three largest airlines, Air China, China Eastern Airlines and China Southern Airlines, are each projecting losses of over CNY10 billion (USD1.6 billion) for last year. And the civil aviation sector, which includes carriers and airports, is bracing for losses of up to CNY84.3 billion (USD13.3 billion) in 2021, according to the Civil Aviation Administration.

Only budget carrier Spring Airlines and Haikou-based Hainan Airlines are expecting to profit, but their profits are mainly gained from restructuring and subsidies.