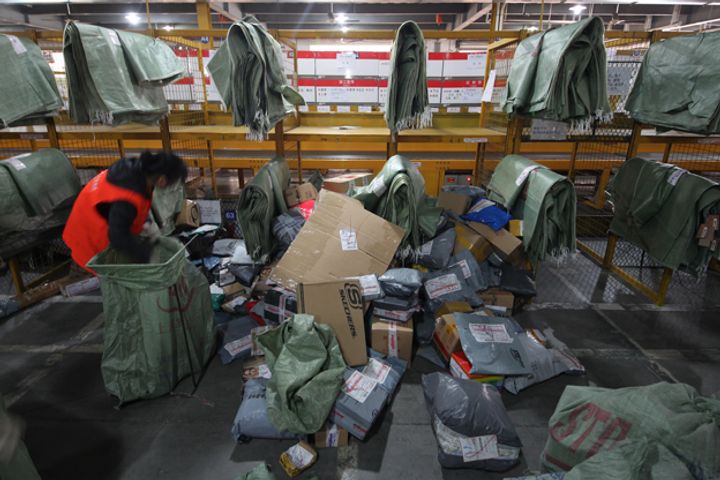 (Yicai Global) July 12 -- An estimated 22 billion express parcels were delivered in China in the first half, surpassing the full-year figure for 2015. The net rise in the period was 4.8 billion units, exceeding the total of 4 billion packages Japan logged for 2016 in its entirety, China's postal bureau announced at a press conference today.

The bureau estimated transport of 4.23 billion express parcels last month, up 24 percent annually, thus pushing online retail sales to the CNY600 billion (USD90 billion) mark in a rise of CNY120 billion from the year before.

The China Express Development Index Report -- which adopts March 2016 as its baseline -- for June released on the same day shows a 35-percent annual rise.

The quality index was 70 percent higher than the figure tallied a year earlier for the period. Satisfaction, punctuality and the rate of complaints  improved, with 71 percent of parcels arriving within 72 hours, a rise of 2.5 percentage points from the year before.

The market underwent positive changes in the period, with improving cross-border networks and trans-frontier deliveries driving growth, said Geng Yan, deputy director of market regulation at the bureau's research and development center. China sent an estimated 520 million packets to regions outside the mainland, Hong Kong, Macau and Taiwan in the first half, up 43 percent per year to outpace the industry's overall growth by 16 percentage points.