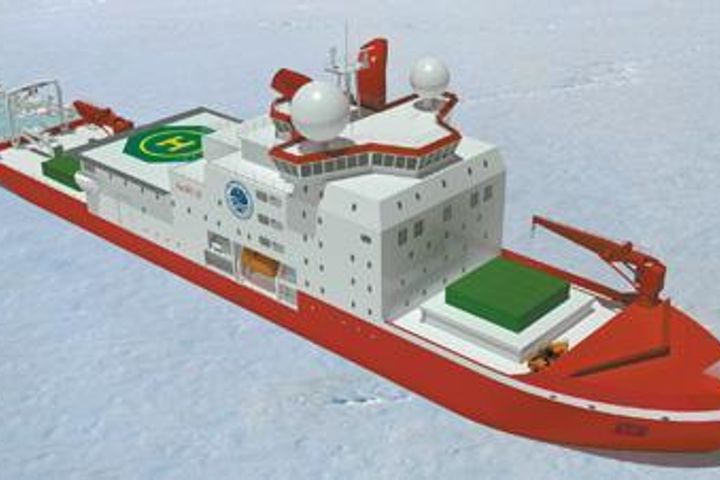 (Yicai Global) Sept. 27 -- China has started building its first home-grown polar icebreaking ship, Xue Long-2, and expects to complete it in 2019 so it can undertake scientific expeditions with Xue Long, the country's first icebreaker, an official from the country's Polar Research Center said on Sept. 26.

The basic design was completed overseas, but China's own companies will carry out the detailed design and construction, Science and Technology Daily reported. Over the past six months or so, with numerous optimizations and refinements, the preparation work is now complete and construction can begin.

The new ship will be split into 114 sections to be constructed individually. These will then be combined to form 11 larger sections and then fully assembled. After completion, the ship's bow and stern will both be capable of breaking ice, with the stern able to break pressure ridges of up to 20 meters in area in order to open up a broader navigation area.

The research center signed contracts on Sept. 12 to buy a Leonardo AW169 helicopter for the ship. The onboard helicopter is one of the most advanced four-to-five ton medium-sized helicopters; it has twin engines and is set to be delivered in early 2019 in order to assist Xuelong-2 on expeditions in the North and South Poles.