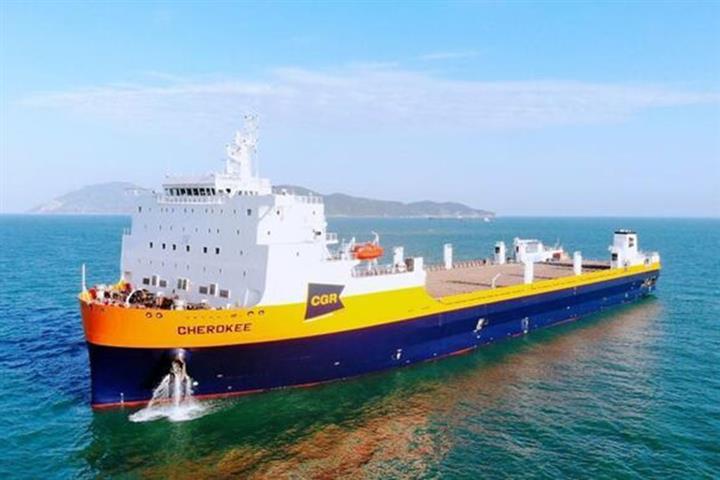 (Yicai Global) June 9 -- China State Shipbuilding, one of the country’s two biggest shipbuilding conglomerates, handed over the world’s largest train-carrying ship that it built and designed to its US owner CG Railway in the southern port city of Guangzhou yesterday.

The Cherokee, which is 180 meters long, 38.6 meters wide and 16.2 meters high, will transport trains between the US and Mexico, the Shanghai Observer reported. It can carry 136 train carriages, each 14 meters long, and has a load capacity of over 20,000 tons.

The giant ferry was designed by the CSSC’s Shanghai Ship Design and Research Institute and built by Huangpu Wenchong. Newly designed equipment means it can load and unload 136 carriages in under two hours.

Its sister train, the Mayan, is expected to be delivered in the second half of the year.