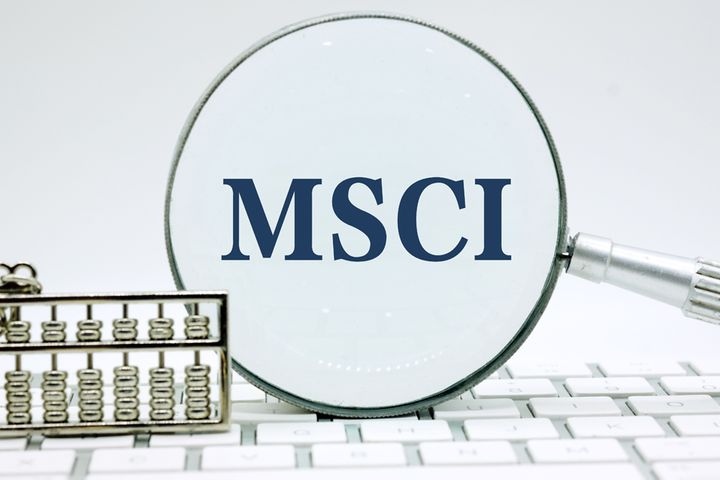 (Yicai Global) May 14 -- Global index compiler Morgan Stanley Capital International said it will add 26 Chinese mainland stocks to the MSCI China A Large Cap Index on May 28, kicking off the first stage of a three-phase plan to hike the weighting of Chinese stocks four-fold by November.

The MSCI China A Large Cap Index said it will add 26 so-called A-shares without any exclusion and the total number of included shares will jump to 264. The Mid Cap Index will take in 29 new members, but exclude five, with the total rising to 173.

MSCI will lift the inclusion factor for A-shares to 20 percent from 5 percent in three steps by the end of this year, it said in a consultation report on March 1. It had earlier planned a two-phase increase, and had expected 253 large cap stocks and 168 mid caps to join.

Market participants want to know if current external uncertainties and China's market fluctuations will affect MSCI's A-share weighting. The answer is no.

"There are no conditions attached to the there steps," Remy Briand, head of MSCI's environmental, social and governance offerings, said during an online press conference on March 1. "They will happen."

A quarterly adjustment is MSCI's routine for rebalancing, where it decides which shares to add or delete, Briand added.

Northbound capital showed a net outflow recently, but foreign fund inflows will be the long-term trend and short-term changes are not worth too much attention, according to overseas investors. The A-share market's recent correction happened when investors turned cautious after a rapid gain in values, they added.

Based on the size of Morgan Stanley's passive fund for tracking the MSCI index globally, the inclusion of large cap A-shares at a factor of 20 percent will bring in passive funds of USD15 billion this year, according to its own calculations. The mid cap share addition, including eligible ChiNext stocks, will lure an extra USD3 billion.

A real recovery will not come so fast. The last big increase resulted from improving confidence and higher valuations. Some sector valuations have also exceeded the historical average, so short-term profits were made. Foreign capital has always been sensitive to valuations, so changes in position and profit-taking are no surprise, Lu Jie, the head of Chinese research at the Netherlands' biggest asset management company Robeco, told Yicai Global.

Long-term foreign capital inflows will still be the trend. After all, A-shares are the least invested among global investors, Lu added.