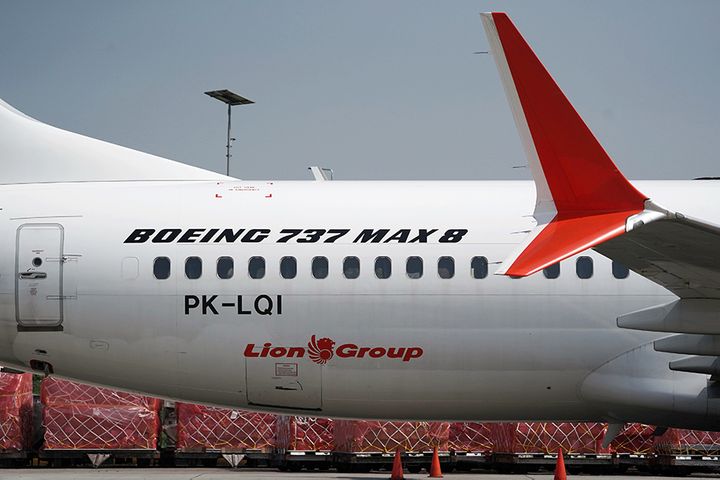 The Civil Aviation Administration is investigating the matter and has not ruled out the possibility that a design flaw is behind the crashes, according to a notice seen by Yicai Global that the agency sent to airlines. Boeing is altering the designs of relevant systems on the plane, it added.

The CAA grants airworthiness certificates to civil aircraft to confirm they are secure for flight. They apply only to individual planes, so if a carrier purchases two units of one model then it will need two certificates. Without the permit, a plane cannot legally fly inside China.

The administration is investigating the recent accidents -- a Lion Air flight that killed 189 in October and an Ethiopian Airlines incident that left 157 dead this month -- and will review the changes Boeing makes to the plane's design, it added. The agency will begin accepting applications for airworthiness certificates again once confirming that the craft complies with CAA requirements.

Boeing has been working on improving the jet's flight control system since the October accident, the Chicago-based firm told Yicai Global. The 737 Max has been grounded by governments and airlines the world since the second fatal accident, and China was the first to keep the planes on the tarmac.

While many carriers are still awaiting the conclusion of investigations into the crashes -- as they may risk breaching contract if they cancel their orders -- China Aviation Supplies Holding has already penned a deal with Boeing rival Airbus for 290 A320s and 10 A350s, it told Yicai Global today. The company purchases aircraft on behalf of Chinese airlines.