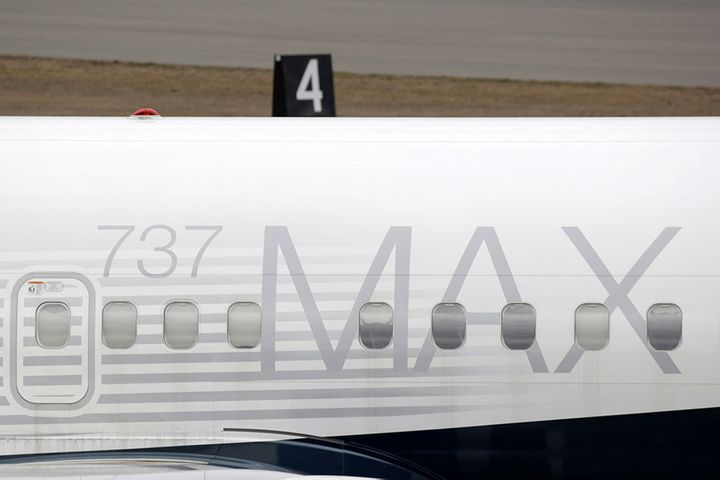 (Yicai Global) April 10 -- The China aviation regulator will send a team of experts to the US to assist in the review of the troubled Boeing 737 MAX aircraft, which remain grounded after two crashes within half a year.

The vast size of China's civil aircraft market was a key factor in America's decision to ask for input from the country, said aviation expert Zeng Tao, adding that its progress in industry regulation was also important.

"China is the largest global market for Boeing in the coming decades so the US invited China to boost transparency during a time of such public scrutiny for the Chicago-based firm," he said. "China was also the first country to ground the 737 MAX 8, demonstrating strong technical supervision. Boeing must be certified and regulated by Chinese civil aviation agencies if it wishes to sell planes there," Zeng added.

The CAAC took the lead in ordering domestic carriers to temporarily ground the aircraft after the fatal Ethiopian Airlines crash. Some 96 Boeing 737 MAX 8 aircraft are currently out of service in the country.

The plane dived multiple times before crashing and the Ethiopian Airlines crew could not control it despite following Boeing's recommended procedures, Ethiopia's transport ministry said in a statement following a preliminary investigation on April 4.

The report called on Boeing to review the aircraft's flight control system.

Boeing will cut monthly 737 MAX production to 42 airplanes this month from 52 before, it said on April 5. The two deadly crashes were related to the plane's Maneuvering Characteristics Augmentation anti-stall system, Boeing Chief Executive Dennis Muilenburg admitted.

The firm's share price [NYSE:BA] fell over 11 percent with USD27 billion wiped off its valuation after the accident. Some people believe this is one of the most serious crises Boeing has faced in its 103-year history due to the production cuts, weakened market expectations, lower public trust and the upcoming compensation payouts.

Boeing has experienced and handled many air crashes and follow-up situations over the years, Zeng said, adding that the accidents may not have a fatal impact on the firm.