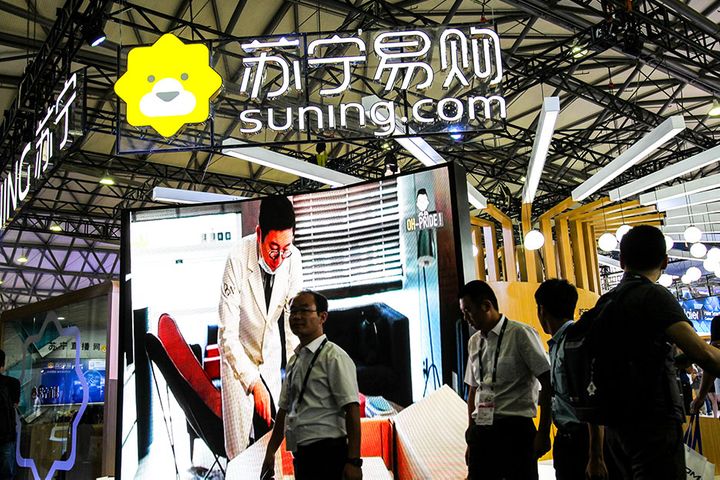 (Yicai Global) June 24 -- France's Carrefour will sell most of its struggling China business to a unit of home appliance retailer Suning.Com, as one of the first foreign supermarkets to operate in the country withdraws after more than 20 years.

Suning International Group will buy 80 percent of Carrefour China Holdings for CNY4.8 billion (USD698.7 million) in cash, the Nanjing-based buyer said in a statement yesterday. The deal, which is expected to close late this year, values the business at CNY6 billion. Suning will appoint five of the company's seven board members.

Boulogne-Billancourt-based Carrefour entered China in 1995 and expanded to 22 provinces with 210 supermarkets, 24 convenience stores and six warehouses. But like other foreign retailers the unit has suffered in the face of tough competition from e-commerce players. Net profit attributable to the parent firm almost halved last year to CNY578 million (USD84.1 million) from a year earlier.

Suning will accelerate Carrefour's development in the country as it has over 8,880 stores in more than 700 cities and runs China's third-largest e-commerce platform, Suning Vice President Tian Rui told Yicai Global.

The Chinese company can also use Carrefour China's experience and supply chain to improve its online-to-offline positioning in consumer goods, as well as increase its competitiveness, Tian added.