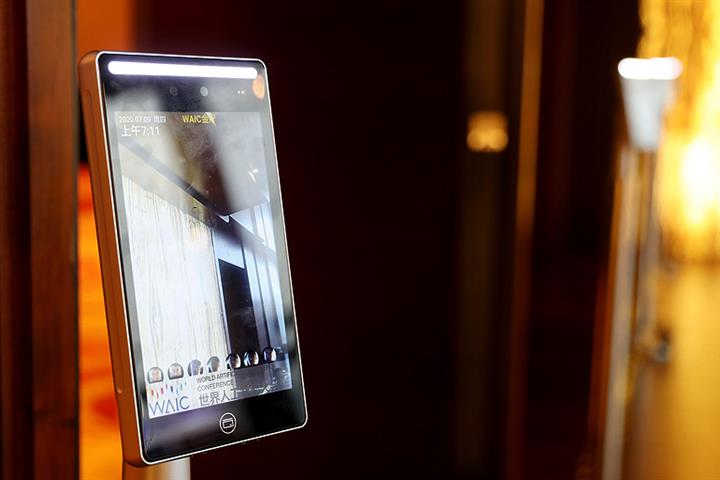 (Yicai Global) July 10 -- The coronavirus pandemic has knocked society and the economy, but indirectly it has also helped to push forward the artificial intelligence sector by opening the public’s eyes to its uses and spurring new products, according to the president of China Telecom unit Shanghai Ideal Information Industry.

In an interview on the sidelines of the World Artificial Intelligence Conference in Shanghai today, Lu Jinjun noted that AI has fully demonstrated its capabilities to the public during the coronavirus outbreak. For example, robotic reading in the medical field and algorithmic control of personnel movements enable more people to understand the practical problems that AI can solve and that the technology can be extended to more applications after the pandemic.

SIII was formed in 1999 as a subsidiary of state-backed telecoms operator China Telecom. It is mainly involved in tech research and development and project applications in the fields of cloud computing, Internet of Things and the mobile internet.

These products included automatic customs declaration robots that helped customs officers to complete a large amount of customs clearance work caused by the surge in the import and export of anti-epidemic supplies, he said.

Data Grand’s finance and taxation robots also played an important role during China’s epidemic, especially during the Chinese New Year holiday when many tax personnel were unable to work normally. The robots completed accounts, issued invoices, and paid wages, which avoided business losses caused by the lack of finance and tax staff.

Government departments supported and encouraged the application of new technologies during the virus outbreak and their extended application afterward, Chen said, adding that as more automated office robots take up jobs, more and more people will understand the role AI can play in the future.

But Dr. Xue Lan, dean of Schwarzman College of Tsinghua University, told Yicai Global that the widespread use of AI may also pose a risk to employment. The government should be concerned about whether new jobs created by AI can offset those it replaces.