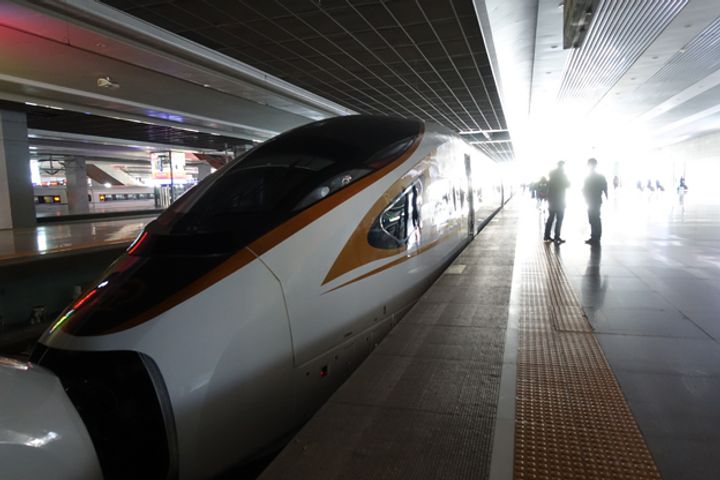 (Yicai Global) March 15 -- State-owned China Railway Corporation will increase the number of train-pairs operating on its high-speed line between Beijing and Shanghai to 15 from seven at present, according to a new operating plan.

The plan, effective April 10, will also reduce journey times by cutting down the number of stations that some trains stop at along the route, online news outlet Shanghai Release said on its Wechat account.

Journeys between the two cities take five hours and 45 minutes on average currently, with stops made at up to eight stations. Trains stopping at only one station under the new plan will result in trips lasting a mere four hours and 18 minutes, while those stopping at two stations will take only four hours and 28 minutes.

CRC will also introduce three pairs of its new Fuxing Hao trains on its line between Beijing and Hangzhou, the provincial capital of China's eastern Zhejiang province, for the first time, replacing the older Hexie Hao models. This will shorten the minimum travel time from the five hours and two minutes to four hours and 18 minutes.