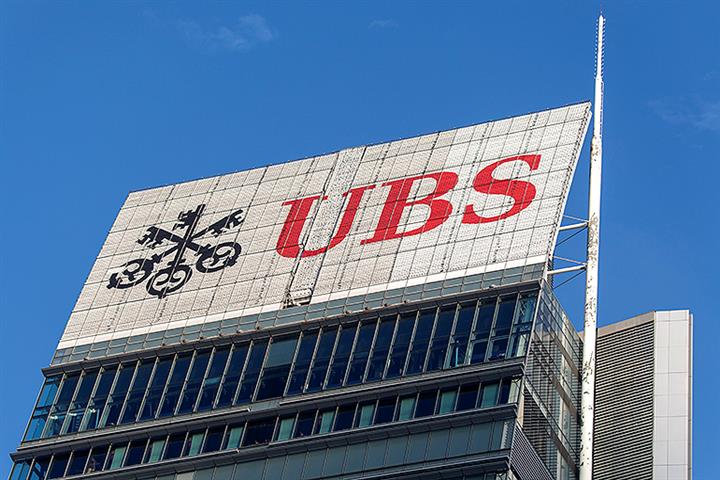 (Yicai Global) March 8 -- China is expected to loosen fiscal and monetary policy this year, including further cuts in the reserve requirement ratio for banks, to achieve its 5.5 percent economic growth target, according to the head of China economic research at UBS.

The target is higher than UBS’ forecast of 5.4 percent and China’s average 5.1 percent growth rate over the past two years, Wang Tao said on a conference call with reporters yesterday. So there will be efforts on the policy side to achieve the goal, the chief economist said.

The Covid-19 pandemic is not over, and China’s strict measures on coronavirus control will affect consumption, especially the offline services sector, Wang noted. The real estate sector also is still facing much downward pressure, which will have a certain impact on the economy this year, she said.

The Russia-Ukraine conflict and geopolitical risks are likely to adversely affect global economic growth, particularly in Europe, and consequently impact China’s exports, according to Wang. Against this backdrop, China will adopt proactive fiscal policies this year, she predicted.

The government work report, delivered at the opening of this year’s National People's Congress on March 5, proposed that infrastructure investment should be advanced moderately, Wang said. She estimated that it will grow by 5 percent to 6 percent this year with fiscal support, compared with almost no growth last year.

Monetary policy must be flexible and moderate and maintain reasonable and sufficient liquidity, the work report said.

“In my opinion, the country is likely to loosen the policy,” Wang said. “The People’s Bank of China will cut the RRR or maintain sufficient liquidity via other monetary tools and keep interest rates at a low level.”

The PBOC lowered the reserve requirement ratio for all banks by 0.5 percentage point in December, and the weighted average RRR was 8.4 percent after the cut. The lower level could release around CNY1.2 trillion (USD189.8 billion) of long-term funds into the market, according to analysts.