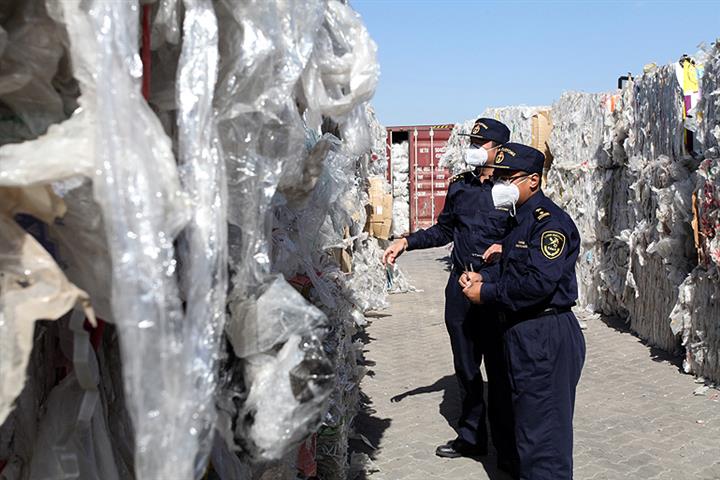 (Yicai Global) June 3 -- China will in essence achieve zero solid waste imports by the end of this year, Liu Youbin, a spokesman for the country’s Ministry of Ecology and Environment, said yesterday.

The nation brought in 2.49 million tons of others’ trash from January to April, down 47.3 percent from the same period last year, Liu stated at a press conference. China will continue to choke of the flow of incoming waste and keep close tabs on its smuggling.

The country began to lower these imports in 2017 to reduce environmental pollution. The latest move is the culmination of a phased-in set of initiatives to curb the entry of hazardous materials intermingled with scrap.

China Customs will order the return of overseas refuse and slap fines of between CNY500,000 (USD70,304.7) and CNY5 million (USD703,047) on both carriers and importers, who will bear joint liability under a law enacted in April.

China started to bring in waste from overseas as raw materials, such as scrap paper and used cloth and computers, to ease shortages in the 1980s. It was the largest scavenger of these materials, taking in 56 percent of the yearly world output. Some 7.3 million tons of waste valued at USD3.7 billion landed on the nation’s shores in 2016, China National Radio reported online in July 2017.