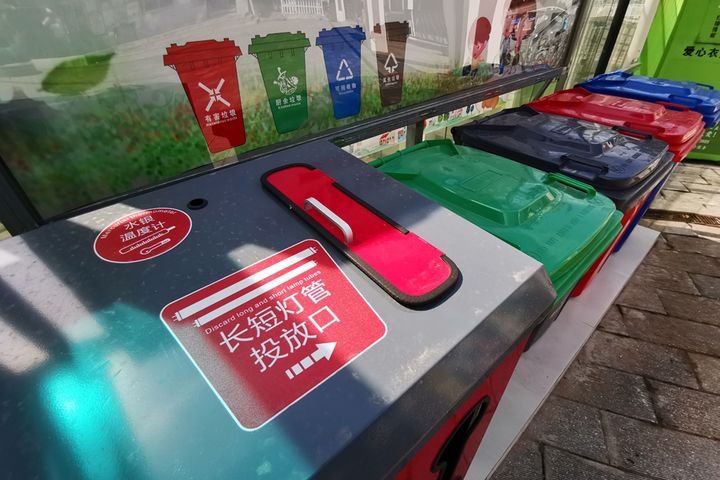 (Yicai Global) July 11 -- Many Chinese cities have instituted or are working on ushering in strict waste sorting measures this year.

The country will also expand this garbage separation system to include rural areas, the authoritative People's Daily reported today, citing Li Weiguo, an official from the Ministry of Agriculture and Rural Affairs.

Village and farm household trash differs from that in cities in composition and disposal methods, so measures must be worked out to suit local conditions in rural areas, Li, director of the rural social program promotion department under the ministry, said at a press conference today.

China's regulators have selected some agricultural counties to pilot sorting of household refuse and will sum up their experiences to further promote the practice, said Li, e.g. by building county-wide resource recycling systems to reclaim and re-use waste from the countryside, he added.

Rural districts must set up a set of incentives for trash sorting, promote garbage separation in various ways and explore a point-based system to encourage rural residents to do it, Li said.

China produces nearly 160 million tons of rubbish each year and this mountain of garbage is growing by more than one-tenth per year. Many regions will soon be engulfed in their own refuse at this rate of increase.

Shanghai imposed a bruising regime this month that requires trash to be separated into five different general categories, with any person flouting the new rules fined CNY50 (USD7.28) to CNY200, while scofflaw firms will have to cough up as much as CNY50,000 (USD7,281).