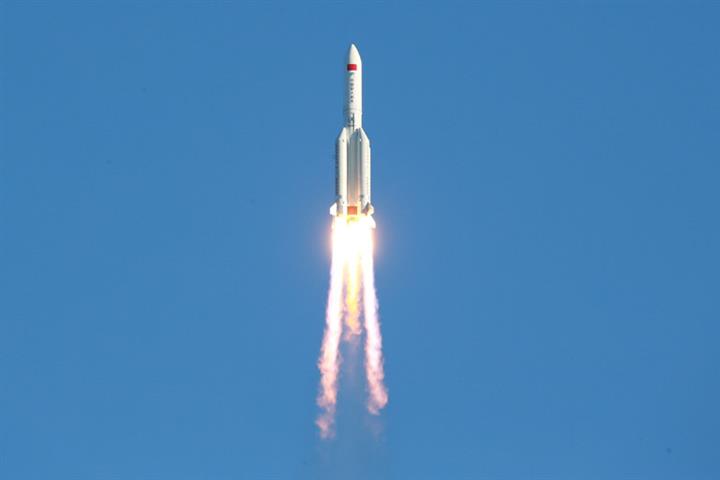 China to Finish Space Station Around 2022

(Yicai Global) May 6 -- China plans to finish its space station around the year 2022 with a total of 12 flights into space, according to an official at the Office of China Manned Space Engineering.

The Long March-5B carrier rocket successfully made its maiden flight from Hainan province yesterday, Xinhua News Agency reported, citing Associate Director Ji Qiming. This signals the beginning of construction and the first of the 12 flights in the on-orbit phase, the report added, saying the launch of the 22 ton-payload rocket was the first time an Asian nation had sent a spacecraft weighing over 20 tons into space.

China will launch more core modules and test chambers for on-orbit assembly and construction of the space station following the success of this task, Ji said. This includes four manned spaceship launches and four cargo spacecraft launches to carry out shift-swaps and replenish supplies in space.