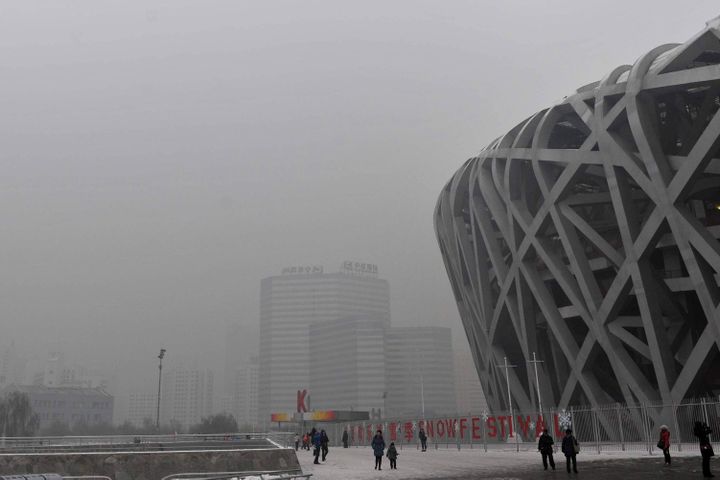 (Yicai Global) Sept. 1 -- China's Ministry of Environmental Protection has set specific goals for air pollution control in and around the Beijing-Tianjin-Hebei region and will make government officials accountable for its management, it said yesterday.

The ministry will rank cities in terms of achievement in air quality improvement, Li Ganjie, Minister of Environmental Protection, said at a forum yesterday. The MEP will hold cities' deputy mayors accountable if they finish in the bottom three and fail to improve air quality by at least 60 percent, while the mayor will be held accountable if the quality does not improve by 30 percent or more. If the city's air quality deteriorates, its Communist Party Committee Secretary will be held responsible.

The MEP set goals for air pollution control in and around the Beijing-Tianjin-Hebei region for autumn and winter this year, saying the average PM2.5 concentration in major cities will drop by over 15 percent annually between October 2017 and March 2018, and that the number of days with heavy pollution will decrease by more than 15 percent compared with a year ago.

PM2.5 refers to micro particles of 2.5 micrometers or less, which are known to cause respiratory and cardiovascular diseases.

Overall air quality has continued to improve around the Beijing-Tianjin-Hebei region in recent years, but air quality improvements are limited in the cooler months, the environment ministry told Yicai Global. During last year's autumn and winter, heavy air pollution struck the region several times, largely offsetting improvements made earlier in the year.

As a result, the average PM2.5 concentration in the region rose 5.4 percent annually in the first half of this year, marking the first time it has risen since 2013. The country is not doing enough to combat air pollution in the north of China, said Li, adding that the ministry will roll out tougher measures.