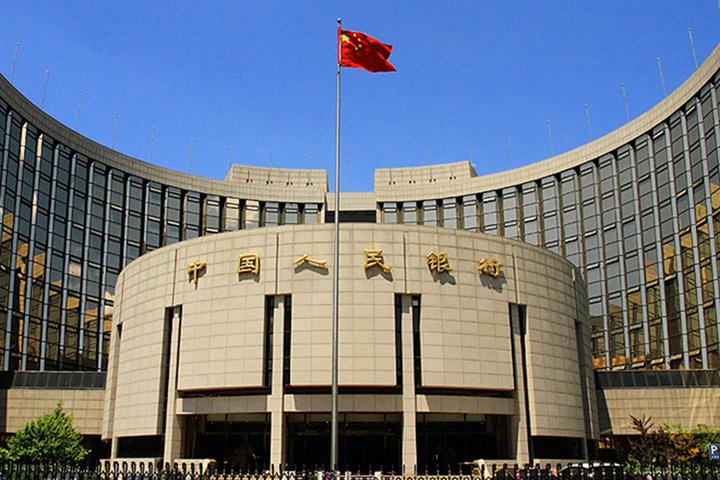 (Yicai Global) Aug. 2 -- China will steadily resolve risks in key fields such as the real estate market and safeguard the stable growth of credit, the central bank said at its work conference for the second half of the year, which was held yesterday.

In the second half, the central bank will ensure sufficient liquidity by using a variety of monetary policy tools, guide interest rates downward, keep the Chinese yuan exchange rate stable and support infrastructure construction, the People’s Bank of China said.

It will also implement differentiated credit policies targeting residential properties in the real estate sector and keep property developers’ credit and bond financing channels stable, the PBOC said. This reinforces a previous message from the central government that it will implement city-specific policies as well as fully exploit the policy toolbox to stabilize the property market.

An uptick in real estate investment will play a significant role if China intends to achieve stable economic growth from the macro level, market insiders said. Local governments should introduce targeted solutions to avoid problems such as the recent refusal by some homebuyers to pay their mortgages until developers hand over the properties, and prevent risks in the real estate market from spilling over into the financial system.

The most important tool in the policy toolbox is the mortgage rate, and there is still room for it to come down further, said Ming Ming, chief economist at Citic Securities.

If the five-year loan prime rate, the country’s benchmark lending rate, is trimmed again in the second half, this will effectively cut mortgage rates nationwide, Ming said. It will boost expectations and spur the housing market to recover quickly.

If mortgage rates are brought down, the property market could start to pick up at the end of the third quarter, Ming said. Once the cooling of the real estate sector is halted and further outbreaks of Covid-19 are prevented, the country’s economic performance is likely to exceed market expectations.

The PBOC is saying that market liquidity will not be significantly tightened this year, said Wang Qing, chief macroeconomic analyst at Golden Credit Rating International. The loans quota will increase in the third quarter and levels of social financing and M2 broad money will remain relatively high so as to reinforce the economy’s recovery momentum.

Since June, the central government has implemented several monetary easing measures. On June 1, it extended the credit quota of lenders by CNY800 billion (USD118.2 billion). On June 29, it said it will raise CNY300 billion through financial bonds that will be used to supplement the capital of major projects such as new types of infrastructure and special-debt projects.

The use of these financial tools helps to promote credit easing by playing a “quasi-financial role,” said Li Chao, chief economist at Zheshang Securities. Current monetary policy still regards stabilizing economic growth and guaranteeing employment as its primary target, with ample liquidity at its core.

Interest rates and the reserve requirement ratio are unlikely to be lowered in the second half, Wang said. The strengthened implementation of monetary policy will mainly be seen by paying close attention to the execution of existing policies and measures.

The central bank also said it will strengthen financial support for private micro and small companies.