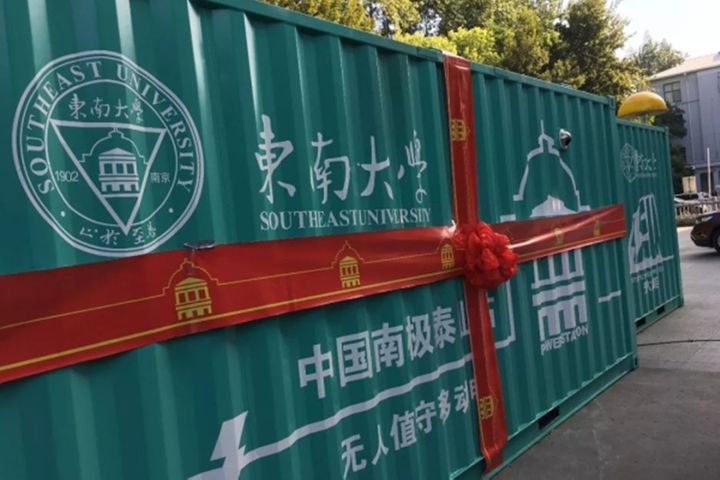 The South Pole is a good place to study high-altitude physics, astronomy and other disciplines. The Taishan Station is situated in the Antarctic's hinterland at an altitude of 2,600 meters above sea level, where the annual average temperature is -36.6 degrees Celsius. Due to the harsh environment equipment carries out research while team members are dispatched to maintain and collect the data on a regular basis.

The system will mostly use fuel oil to produce electricity, and wind and solar energy if conditions permit, to power equipment that steadily sends data back to China, said Fang Shixiong, a member of the expedition team and a teacher at the School of Automation.

The unit has two parts: an instrument cabin and a generator room, which has a tank for storing five tons of aircraft fuel.