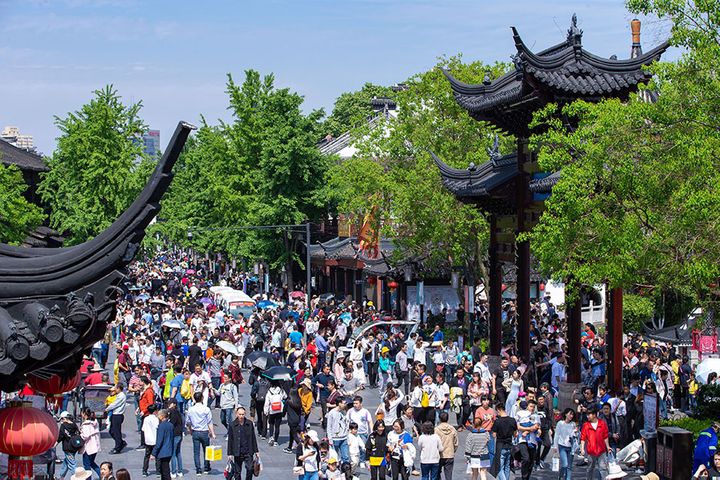 The number of tourists over the period increased 13.7 percent to 195 million,  according to data from tourism administrations in various cities, along  with telecommunications operators and online travel agencies compiled by  the country's culture ministry.

Tourists born  in the 1980s and 1990s made up the lion's share of travelers during the  break, while first-class flight bookings rose by nearly one-third.  Those born in the 1950s spent the most on average per capita at CNY3,629  (USD538) per trip, according to data from key booking agencies Ctrip,  Tongcheng-Elong, Lvmama and Tuniu among others.

The popularity of Game of Thrones, Avengers: Endgame and many other movies  and TV series greatly spurred outbound trips to the UK and Croatia where  they were filmed. The most popular outbound destinations were Bangkok,  Singapore, Tokyo, Osaka, Kuala Lumpur, Manila, London and Paris,  according to Ctrip. Russia, Germany, France, Italy, Norway, Switzerland,  Austria, Finland and Denmark were the most popular long-haul  destinations, according to Tongcheng.