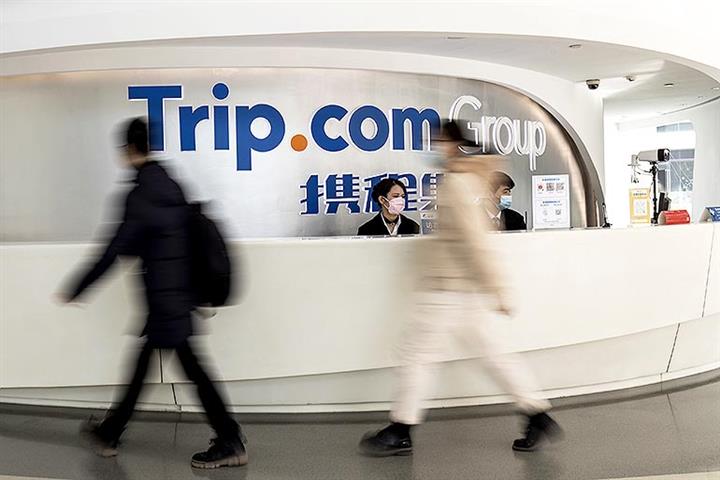 China’s Trip.Com Gains After Returning to Profit in Fourth Quarter

(Yicai Global) March 4 -- Trip.Com’s shares jumped in pre-market trading after the online travel platform swung back into the black in the final quarter of last year amid a strong revival in China’s domestic tourism market and said it expects to turn another profit this quarter.

As of 7.28 a.m. in New York, Trip.Com [NASDAQ: TCOM] was up almost 5.2 percent at USD41.85. The stock ended yesterday little changed at USD39.80. The Shanghai-based company released its earnings results after the market closed yesterday.

Net profit was CNY1 billion (USD155 million) in the three months ended Dec. 31, the firm’s earnings report showed, compared with a CNY2 billion loss in the year-earlier period. It did not provide guidance for the current quarter.

“The strong recovery of China’s domestic market demonstrates the resilience of the travel industry,” Chief Executive Sun Jie said in a statement to accompany the release of the earnings report. “We are well prepared to take on additional share of the market when international travel opens up as well.”

Trip.Com will continue to focus on the domestic market in the short term, but that it hopes for more global growth in the post-pandemic period, Sun said.

Fourth-quarter revenue fell 40 percent to CNY5 billion, but the decline narrowed from 48 percent in the third quarter. Income from hotel bookings was CNY2.2 billion, a year-on-year decrease of 24 percent.

The firm had a gross merchandise volume of CNY395 billion (USD61 billion) last year, ranking it first among global peers for a third consecutive year, with live-streaming contributing about CNY5 billion. By year-end, its content channels’ input to total app traffic more than doubled from the start of the year, and the visit time for information also more than quadrupled during the year.

Though “2020 was a challenging year,” Executive Chairman James Liang said, “it also made us fundamentally stronger than ever before.”

“During the past year, we continued to innovate our products, improve service offerings, and strengthen our collaborations with partners, which led to further market share gains across our product lines,” Liang said.