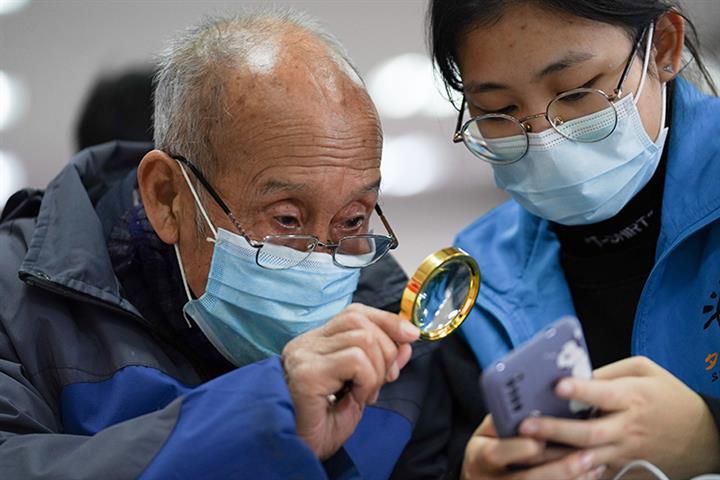 (Yicai Global) April 7 -- Popular mobile apps and websites should develop a separate version that is easier to use by senior citizens, such as by including extra-large fonts and banning pop-up ads, as part of China’s drive to help the elderly make better use of smart technology, according to a document released today by the country's industry watchdog.

They should develop websites and apps that offer senior citizens zoom-in functions and extra large fonts and cursors that are independent of the web browser and operating system, it said. Random pop-up ads and plug-ins must be banned.

Those specially adapted websites and apps that pass the regulators’ review will be given a two-year ‘barrier-free’ certification, it added.