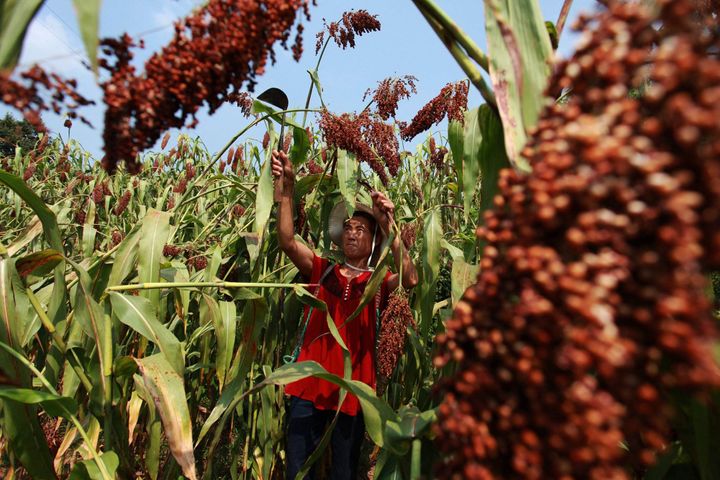 Sorghum imported from the US has been sold to China below its normal value, which implies heavy dumping, preliminary evidence and information China's commerce ministry issued shows, prompting the opening of the anti-dumping and anti-subsidy investigation into such imports, the ministry said Feb. 4.

All World Trade Organization states have the right to initiate anti-dumping investigations, and all member countries are exercising that right, Han said, adding that China's anti-dumping probe of US sorghum imports is a necessary measure the country is taking.

Grain prices have been substantially higher in China than in the international market in recent years. Domestic maize prices above all have been higher than those of imported corn since 2013. Since corn imports are subject to quota restrictions, a sharp increase in the imports of maize substitutes has been evident in recent years. China drew in 228 billion catties (114 billion kilograms) of corn substitutes like sorghum, barley, distillers dried grains and cassava between 2013 and 2016, equivalent to importing nearly 30 billion kilograms of corn to the domestic market every year, Han said.

Sorghum imports have inflicted material damage on Chinese farmers, and imports of the grain from the US have grown rapidly, Han noted.

"This is an ordinary trade remedy investigation. Anti-dumping and anti-subsidy probes can be initiated in two ways, per WTO rules. One is that an affected sector files a claim against offending imports, and the other is that the investigative authorities self-initiate the probes. China has similar legal rules. Other WTO members have also resorted to this practice," Wang Hejun, head of the Chinese commerce ministry's trade remedy and investigation department, said Feb. 4. "Relevant Chinese authorities have self-initiated the probe against US sorghum imports based on preliminary evidence, since the local sorghum industry has a low industry concentration and involves many growers, who are unable to prepare the necessary documents. The commerce ministry will protect the procedural rights of all interested parties per applicable Chinese laws and regulations and WTO rules."

China and the US are the world's two largest economies and are mutually important trade partners, Wang said, adding that the essence of China-US economic relations is win-win cooperation and the healthy and stable development of their relations, which serves the fundamental interest of the two nations and their peoples. China is ready to work with the US to properly handle trade frictions through dialog and consultations based on mutual respect, equality and reciprocal benefit, Wang concluded.