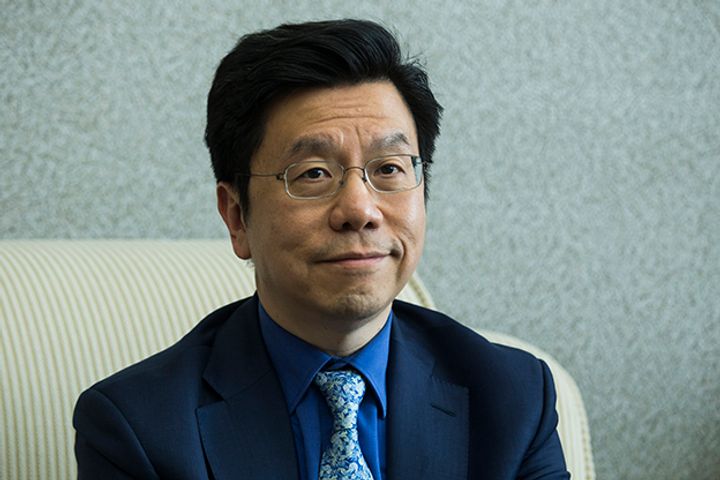 (Yicai Global) Jan. 25 -- The respective artificial intelligence industries of China and the US will form a duopoly in the global market in the coming years, said the founder of tech-focused Chinese investment firm Sinovation Ventures Co. and former head of Google China.

Increasing numbers of AI specialists and engineers in both companies will drive the rapid growth of the sector in both countries, said Kai-Fu Lee during a press briefing at the World Economic Forum in Davos yesterday.

In terms of AI education, China far outpaces all other countries, he noted, drawing on the country's wealth of data and drive for AI research and development, as well as the vast number of talented mathematicians, scientists and engineers.

Many Chinese AI entrepreneurs and specialists working in Europe and the US are considering returning to China to further their businesses and careers, Lee noted. Europe and the US still remain the dominant players in the AI market, but China is catching up at an amazing speed, so it is fair to expect that China will achieve the same level of dominance as the US in this field over the next few years, he predicted.

He emphasized the importance of close collaborations between AI entrepreneurs and venture investors in creating synergies in China, with capital firms willing to invest in high potential AI firms. This climate has led to considerable progress in developing AI technology related to finance and autonomous driving.

Lee also attributes the industry's fast development to strong government support. China's leaders introduced a paper last July setting out plans to establish the country as the global center for AI innovations by 2030. Local governments in cities such as Beijing, Nanjing, Guangzhou have since pledged tens of billions of yuan for AI projects, providing a tremendous boost to participants in the industry, AI startups, venture capital firms and tech companies alike, he added.

Established in 2009, Sinovation Ventures focuses on investments in the high-technology sector. The firm has a business presence in Beijing, Shanghai and Shenzhen, as well as in Seattle and Silicon Valley in the US.