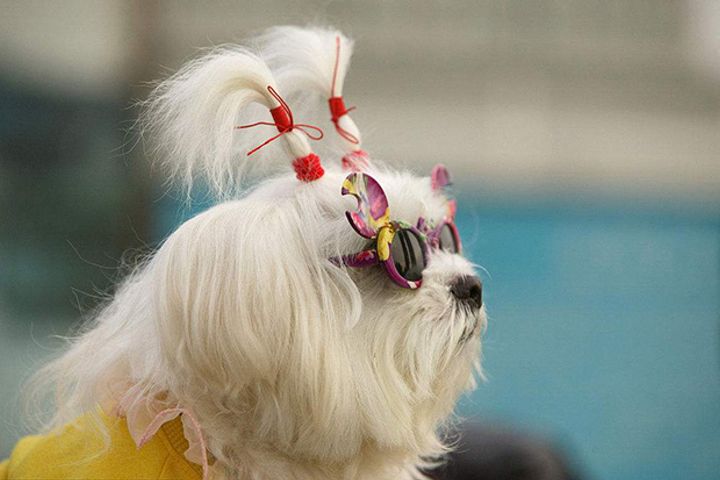 China Warms Up to Pets as Ownership Gains Popularity

(Yicai Global) Jan. 29 -- The number of Chinese pet owners has increased consistently in recent years, but the market has room to expand.

The pet population in the world's second largest economy had grown to 200 million last year, but China's per capita pet ownership has remained lower than that of developed nations, per Euromonitor data.

Huang Xiaoka (a pseudonym) married several years ago but does not have a child. She has a black-and-white long-haired cat named Kalao. Before she got her feline friend, she did not know that so many pet products existed -- apart from food and toys, she has purchased hot water bottles, cat grass, hair cream, nail tools, drugs, nutritional supplements and eye care products for Kalao. "I had never heard of them before," she said.

He Yan (a pseudonym) was born in the 1990s. She runs a pet shop, an internet store and a WeChat shop with her friends selling pet products. "We sell pet supplies via online stores because it's cheaper," she told Yicai Global. "A brick-and-mortar shop costs more than CNY10,000 (USD1,580) to operate every month, so its main business is high-end services such as baths for large dogs. Our monthly revenue is about CNY30,000 to CNY40,000."

Guangzhou Smartway Pet Supplies Manufacturing Co. Chairman Mai Chunhua is one of the pioneers in the country's pet economy. She worked in the pet product retail business for many years before starting her own manufacturing firm over a decade ago.

The sector is not as lucrative as it is believed to be, and the gross margin of the pet supply manufacturing market currently stands at around 20 percent, Mai said. "The pet industry is still at a relatively early development stage. The market entry barriers may appear to be low, but it is actually very difficult to succeed in this business."

Tempted by the fast-growing pet economy, many leading Chinese manufacturers including New Hope Group Co. have forayed into the pet industry in recent years.

The agricultural conglomerate bought two businesses via its own investment platform in September last year, and one of them was a pet product e-commerce firm. Three months later, it led the purchase of a majority stake in Australian pet food giant Real Pet Food Co. for AUD1 billion (USD810 million) with support from Singapore's sovereign investment company Temasek Holdings Private Ltd. and the direct outbound investment arm of China Investment Corp.

Widely considered the key future growth drivers in the pet market, food and healthcare sales are projected to reach CNY96.5 billion and CNY82.9 billion in China by 2020, representing four- and five-fold increases compared with sales recorded for 2015, said He Jingwen, a senior small- and mid-cap analyst at Orient Securities.