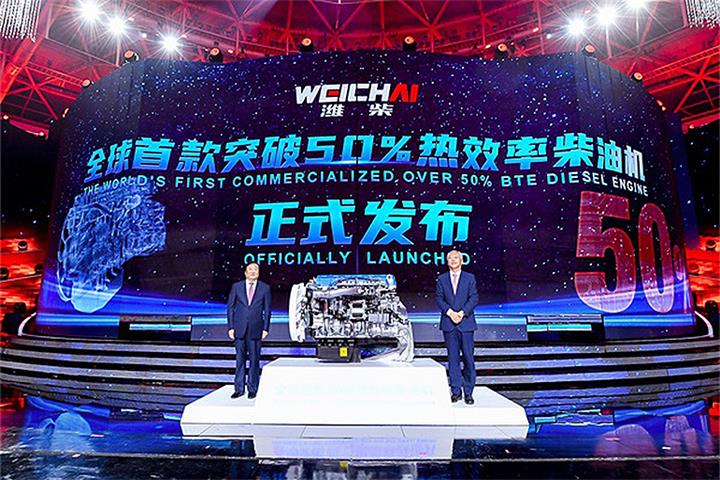 (Yicai Global) Sept. 16 -- Weichai Power has successfully developed the world's first diesel engine with a thermal efficiency of over 50 percent. It also has the ability to put this motor into commercial production, the company announced at its new product launch today.

Weichai Power has solved a series of world-class problems such as high-efficiency combustion, low heat transfer, high reliability, low friction loss, low pollutant emissions and smart control while developing this new technology, the company said in its statement, which omitted details of its potential market.

This historic breakthrough in diesel engine technology has set a new benchmark for the thermal efficiency of diesel engines globally and is key to the company's future marketing and operations, it said.

Thermal efficiency is a measure of the fuel consumption of internal combustion engines. The higher this is, the less fuel is used and thus the more energy saved and emissions reduced. Mainstream engines worldwide generally have 30 to 38 percent, but few boast over 40 percent.

Formed in 2002, Weichai Power is based in Weifang in eastern Shandong province. It researches, develops, manufactures and sells diesel engines for use in autos, ships and boats, and generators. State-backed Weichai Group is its majority shareholder.