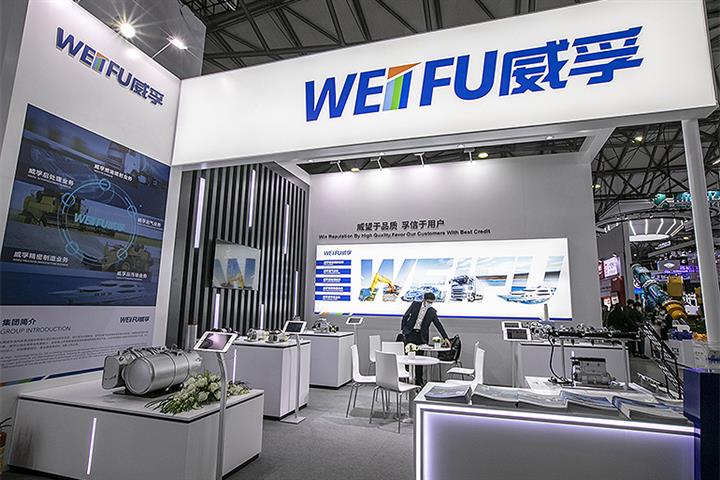 (Yicai Global) Jan. 11 -- Shares in Weifu High-Technology Group advanced as much as 5.5 percent today after the Chinese auto parts supplier said that it is teaming up with German engineering giant Robert Bosch to form a hydrogen fuel cell joint venture in China to better serve the Chinese and Asia-Pacific markets.

The JV will be 75 percent owned by Weifu and two of its units in Belgium and Denmark while Bosch subsidiary Robert Bosch Internationale Beteiligungen will have 15 percent equity and the rest will be owned by an investment fund under the Wuxi municipal government, the Wuxi, eastern Jiangsu province-based company said yesterday.

The JV will be located in Wuxi and will have a registered capital of CNY500 million (USD78.5 million) to begin with, Weifu said. It will manufacture and sell hydrogen fuel cell core components and offer services on these products using a multi-brand and asset-light operation model.

Weifu and Bosch are connected, as the Gerlingen-based company is Weifu’s second largest stakeholder with 14.2 percent equity.