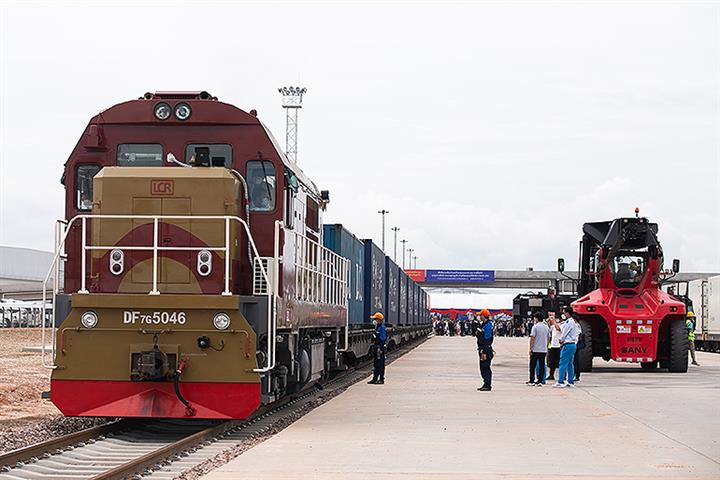 The main exports from the Chinese side are machinery and equipment, daily necessities, and textiles, while the chief imports are raw materials such as tapioca flour and zinc concentrate, Zheng said, adding that the rail link has helped China’s southwestern provinces greatly as they now have a direct and efficient way of trading directly with neighboring SE Asian countries.

Compared with the combination of road and sea transport previously, direct railway shipments are safer, more efficient and cost-saving, she said.

The new rail link also has started to reshape supply chains, Zheng said. For example, the demand for tapioca flour was met by imports through China’s coastal ports before. Now SE Asian producers along the railroad will become major suppliers, reducing costs for buyers and helping producers find their best customers.

At least 1,000 tons of tapioca flour arrives in Chengdu every week via the China-Laos Railway at present, Zheng said. And it usually sells out quickly to local small and medium-sized enterprises, she added.

After a transshipment site, where the trains are switched to meter gauge rail from standard rail, started commercial operation in the Laotian capital on July 1, express freight trains from China can now directly access most Southeast Asia countries such as Singapore, Malaysia and Thailand.

The transshipment service shaves as much as 20 percent off the cost of logistics from Kunming to Thailand’s Laem Chabang Port because of the direct trains, compared with the train and truck scenario, according to an estimate by China State Railway Group.

The China-Laos Railway has in effect extended the sea ports in southwestern China to Thailand, Wang Guowen, director of the Logistics and Supply Chain Management Institute of the China Development Institute, told Yicai Global.