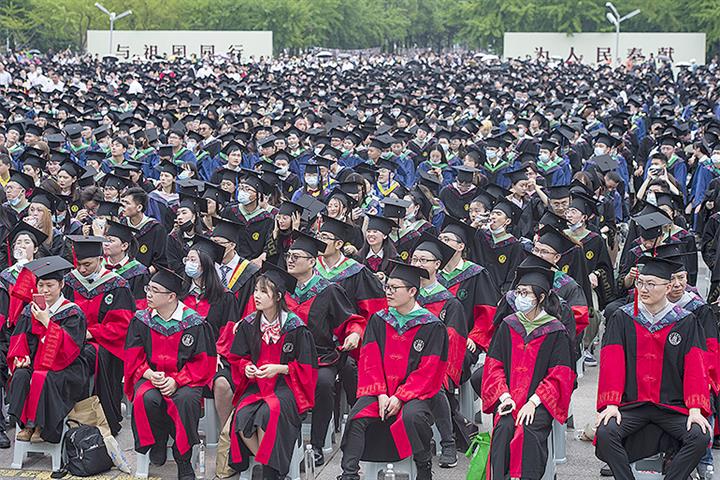 (Yicai Global) July 15 -- The jobless rate among young people in China’s cities increased 1.6 percentage point in June from May, as a record number of college graduates joined the ranks of job seekers, but the overall employment situation remains stable, according to the latest data.

The jobless rate among people aged between 16 and 24 was 15.4 percent last month, the National Bureau of Statistics said today.

There were 9.09 million college graduates this year, the most ever, putting pressure on the labor market, NBS spokesperson Liu Aihua said. The government will continue to implement measures to increase employment opportunities.

The country’s overall urban unemployment rate was 5 percent last month, a 0.7 percentage point drop from the same period last year and the same rate as in May, the NBS said. This is less than the expected 5.5 percent and lower than the average 5.2 percent logged in the year’s first six months.

Thanks to the vaccine roll-out, the domestic economy continues to do well and foreign trade is recovering, all of which will help to create more jobs, Yao Kai, director of the Global Scientific and Innovation Talent Development Research Center of Fudan University, told Yicai Global. A lot of the graduates will have found jobs by September, bringing the unemployment rate down, he added.