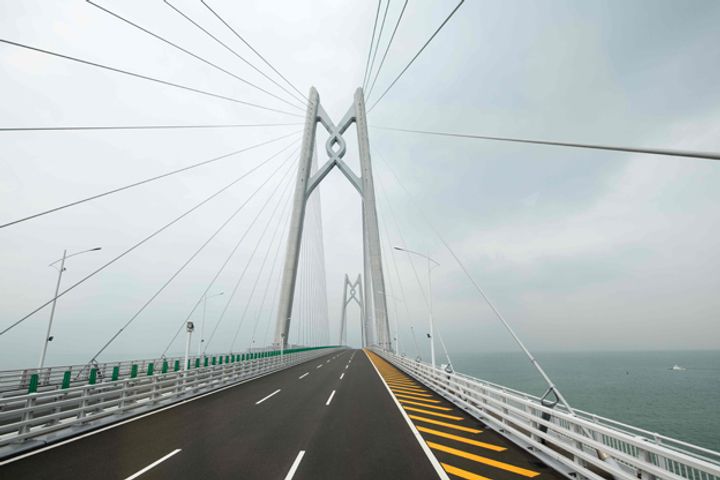 The Hong Kong–Zhuhai–Macau Bridge, which opened to traffic on Oct. 23 could become a new source of growth for the city that has grown since China's reform and opening-up started 40 years ago.

Zhuhai was one of the first places designated a special economic zone after the reforms. While it has grown strongly, its economy is a far cry from neighboring tech hub Shenzhen. Zhuhai's current gross domestic product is one-ninth compared to that of Shenzhen.

One of the main reasons is that Macao has little direct impact on Zhuhai's economy for its relatively small total economic volume, which is greatly dependent on gambling tourism. Zhuhai has been relatively slow in development and lacked convenient means of getting to Hong Kong before the bridge had been built.

It will take just 20 to 30 minutes to get to Zhuhai from Hong Kong by car using the bridge compared with the previous three or four hours by land or over one hour by water.

The largest beneficiary of the opening of the bridge is the west bank of the Pearl River. There is still an abundance of undeveloped land to the west of Zhuhai, which holds a relatively large potential for development, Peng Peng, the deputy head of Guangdong Society of Economic Reform, told to Yicai Global.

Lin Jiang, who is a professor at Sun Yat-sen University in Guangzhou and the deputy director of the Center for Studies of Hong Kong, Macao and Pearl River Delta, which is the university's auxiliary organization also agrees on this matter.

Zhuhai's local economic volume is still relatively small without many well-known enterprises and it is not capable of leading other places. It will attract the innovative elements from Hong Kong to develop local high-end manufacturing and newly emerging sectors with the opening of the bridge, Lin continued.

The west bank of Guangdong-Hong Kong-Macao Greater Bay Area has been relatively slow in development compared with the east bank in the past few decades with low density in both population and industry currently, Niu Fengrui, the former director of Institute for Urban and Environmental Studies at Chinese Academy of Social Sciences, told Yicai Global, adding that it represents great potential for future development, nonetheless.