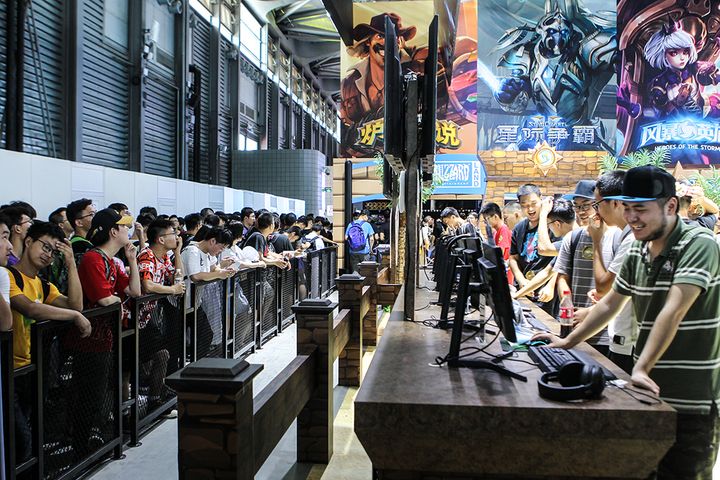 (Yicai Global) August 5 -- The curtain has risen on China Joy 2019, which has attracted about 300 exhibitors from China and abroad with their thousand-plus world-class masterpieces for game enthusiasts.

This year's extravaganza, which runs from Aug. 2 to 5 in Shanghai, has public floors space of 130,000 square meters. As many as 400,000 may attend this year's event in a historic high, Zhong Yi, general manager of the Damai online ticketing service operated by Beijing Pony Media that represents the fair, estimated to Yicai Global.

Since game fans first set eyes on it at its 2004 inaugural, it has become a gala occasion for aficionados of games and animations that always draws huge crowds to partake. Attendance reached 350,000 at last year's exhibition.

Viewers join the end of a long line to patiently await the chance to try their hand.

Visitors fully engross themselves in their gaming.

One exhibitor enlisted the aid of Captain Marvel characters.

A dance troupe performs in front of Qualcomm's display.

Building block robots go at it in front of Xiaomi's booth.

A large-scale image is on display in front of Shanda Games' presentation.

An anime figurine shows some cheesecake.

A 'coser' (cosplayer) poses in the guise of a character from Tencent Holdings' popular 'Arena of Valor.'

A couple takes a commemorative snap in front of the giant 'Slam Dunk Master' poster.