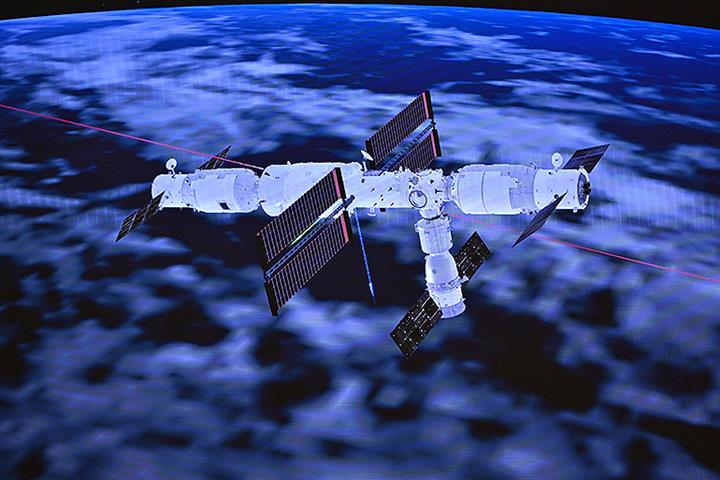 (Yicai Global) June 6 -- A spacecraft carrying three Chinese astronauts docked at the country’s first space station yesterday. The crew are tasked with completing the construction of the space station, which will serve as a national space laboratory, during their six-month mission.

“Space life sciences, which looks at living organisms in outer space, is an emerging discipline that has developed along with human space activities,” an insider at the Shenzhou Space Biotechnology Group told Yicai Global. “It is an important branch of space science.”

China began building the Tiangong space station, which has a modular design and can be assembled in orbit, in April last year and it is due to be completed by the end of this year. The two lab modules, Wentian and Mengtian, will be launched in July and October respectively, Zhang Shuangnan, an astrophysicist at the Institute of High Energy Physics of the Chinese Academy of Sciences and a consultant at China Manned Space, told Yicai Global.

The space station is also an ideal place for astronomical observation, as its orbit is far from Earth’s atmosphere. China plans to add an Xuntian optical module in 2024 that will serve as a space observatory, detecting all astronomical phenomena that emit visible light, Zhang said.