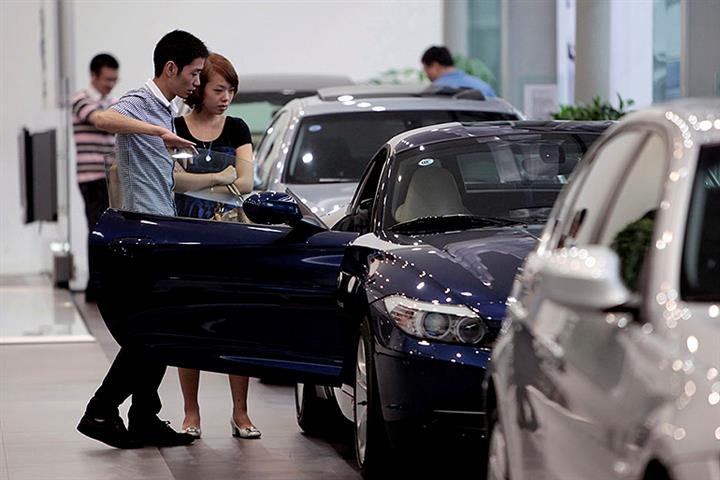 (Yicai Global) May 18 -- Shares of some Chinese automakers, including Dongfeng Motor Group and Great Wall Motor, received a boost after a report said China may introduce a policy next month to spur car sales in rural areas.

The incentives should not only apply to NEVs, Cui Dongshu, secretary-general of the China Passenger Car Association, was reported as saying, since the wholesale volume of NEVs surged more than 50 percent last month from a year earlier. But sales of fuel vehicles plunged, so they are in greater need of support, Cui said.

The Covid-19 outbreak in April had a big impact on auto supply chains and consumer buying, according to Guotai Junan Securities. Deliveries of NEVs have lagged behind demand, but as work resumes along with the introduction of policies to stimulate consumption, the supply of NEVs is expected to improve greatly this month.

China’s car sales slumped 48 percent in April from a year earlier to 1.181 million vehicles, and the figure for the first four months dropped 12 percent to 7.691 million, according to data from the China Association of Automobile Manufacturers. Some carmakers responded to rising costs by increasing prices.

The new policy could offset the effect of these markups, China Merchants Securities said, adding that it will help sales of small electric vehicles in rural areas.