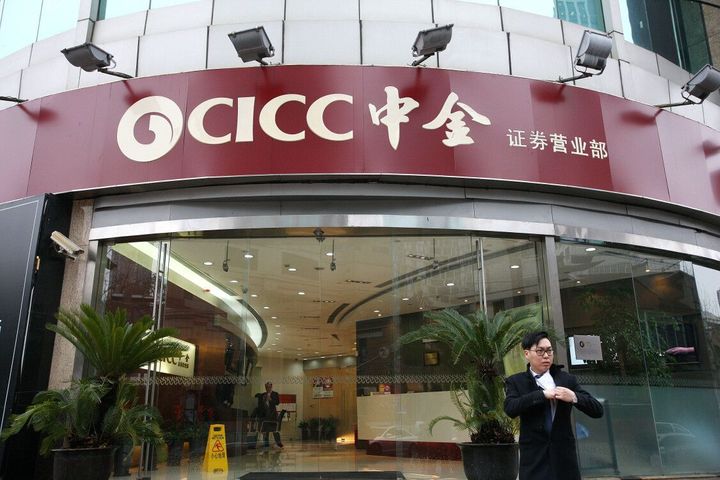 (Yicai Global) Nov. 24 -- The H-share sector of Chinese banks has increased 6.28 percent since the start of the fourth quarter this year, while H-shares of large banks and joint-stock banks are up 4.4 percent and 5.9 percent, respectively, a research report from China International Capital Corporation Ltd. (CICC) [HKG:3908] says.

Price of the Chinese banks' shares will receive systematic assessments, the report states.

CICC noted that financial regulation in mainland China is moving much faster than market expectations, therefore space for further adjustments of small and medium-sized Chinese banks is becoming limited.

Previous guidance on asset management was in line with market expectations, with a relatively smaller probability of tightening of regulation, easing investor concerns regarding off-balance assets of Chinese banks, and improving positive valuation prospects in the medium- and long-term.

The institution believes the impact of regulations on balance sheets was largely demonstrated in the second quarter of this year, while the scale of social financing and M2 growth have stabilized since the third quarter.

CICC pointed out that Chinese banks will be subject to systematic assessments, and expects a steep yield curve with net interest margins expected to continue to expand the next two to four quarters. The yield curve of national bonds has continued to increase in the last two weeks with ten-year bond yields reaching nearly 4 percent. The curve is expected to continue to ascend and reach levels close to those seen in the fourth quarter last year, thus facilitating the growth of net interest margins.

Net profits of banks in mainland China for 2018 and 2019 could grow by 7.2 percent and 8.2 percent, respectively, CICC expects, while returns on assets/return on equity (ROA/ROE) is gradually stabilizing and the downward trend of both performance and valuation during the past eight to nine years will come to an end amid the coming systematic assessments.