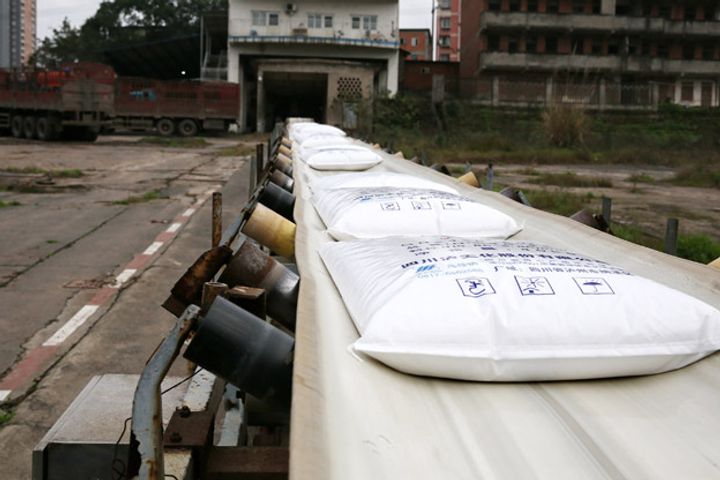 (Yicai Global) Aug. 23 -- Seven of China's major commercial lenders have taken stakes in a little-known chemical fertilizer after it failed to make debt repayments on time.

Following a court ruling to wind up long-term loss-maker Lutianhua, the Sichuan-based firm will clear some arrears by distributing equity from major shareholder Lutianhua Group to the banks.

Bank of China's Luzhou Branch will receive 23.5 million Lutianhua Group stocks, giving the lender a 5.5 percent share of total equities and making it the largest shareholder. Another six banks including Agricultural Bank of China, Bank of Chengdu and Industrial and Commercial Bank will also come on board as major shareholders through the reorganization.

Lutianhua runs a chemical fertilizer plant selling products such as urea and compound fertilizers and has run up a deficit due to overcapacity in the chemical fertilizer sector. It posted a net loss of CNY637 million (USD 94.1 million) last year, up by 3587.42% compared with the year-before figure.

The firm registered a net loss of CNY1.5 billion last year and 137 creditors have made financial claims for over CNY3.5 billion owed as of June.