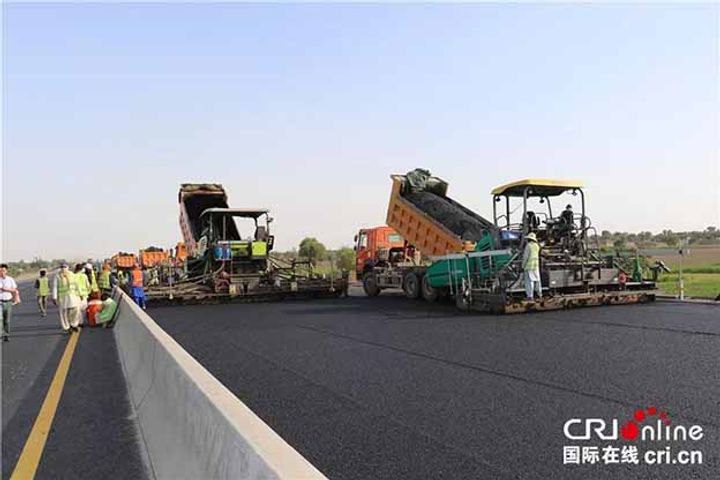 Chinese-Built Expressway in Pakistan Opens Ahead of Schedule

(Yicai Global) May 28 -- State-owned China State Construction Engineering Corp. has opened a USD2.9 billion expressway section in Pakistan ahead of schedule, as part of the largest transport infrastructure project under the China-Pakistan Economic Corridor, an initiative to boost bilateral trade through a series of joint works valued at some USD62 billion.

The Sukkur-Multan expressway has become another symbol of close cooperation between Pakistan and China, said Pakistani Prime Minister Shahid Khaqan Abbasi at an opening ceremony, adding that it will help promote exchanges between people in different regions.

The section connects Sukkur in the southern Pakistani province of Sindh to Multan near northern Punjab province while the entire 392-kilometer-long highway is expected to open in August next year.

China and Pakistan have built a number of projects under the CPEC framework over the past five years, transforming the initiative from concept to reality, Chinese Ambassador to Pakistan Yao Jing commented, adding that it has become the basis for the two countries to carry out higher-level cooperation to achieve common prosperity.