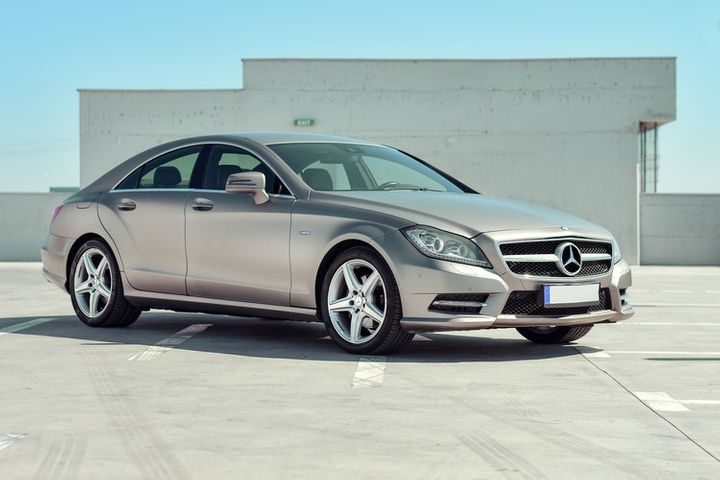 (Yicai Global) Oct. 18 -- The automotive industry has been one of the greatest identifiers of global growth in China for several decades. However, for the first time since the 1990s, buyers are not purchasing passenger vehicles by dealerships as much as before—with sales plunging for the third month in the row. Moreover, since trade relations with the United States continue to worsen, the current decline in vehicle sales compared to previous years is reflective of the first contraction China's automotive industry—the largest car market—may potentially face in over 20 years.

For the global automotive industry, a slowdown in China makes it difficult for the industry itself to experience widespread growth. Already, Jaguar Land Rover has been forced to shutdown a factory in Chia temporarily, while Daimler AG and BMW AG are facing the challenges of lower profits from Chinese consumers. As the economic standoff between China and the United States ensues and escalates month to month, luxury-car dealers that are reliant on Chinese consumers will need to concentrate on continuing to produce attractive vehicles.

The China Association of Automobile Manufacturers reported a 12 percent decline in passenger car purchases by dealerships, counting just 2.06 million units in September. The market is up just 0.6 percent for the first three quarters of this year, which is historically low for China's market. Still, various dealers are adjusting to Chinese consumers' buying habits, recognizing the need to potentially lower prices and idle production in their factories.

Three dealers in particular, including Volkswagen AG, Honda Motor Company and General Motors, have all reported decreases in the number of deliveries to China. General Motors reported a surprising 15 percent decline in China deliveries for July, August and September. This was GM's first report since trade tensions in China with the U.S. escalated in July.

What Does the Future of the Market Look Like?

Dealers in China are now tasked with adjusting to the changing demands of consumers. Some dealers are looking for quick-fixes to address the ongoing issues by spurring demand. Some dealers hope to see changes in areas like value-added taxes on used cars, in addition to implementing other flexibilities when demand is slow.

As a consumer or industry professional, it is critical to recognize the ways the automotive market is changing in China and on a global platform. A lot of organizations in the industry are going to have to embrace the future by making some difficult decisions and choices, including the inevitable convergence with technology. Once the industry evolves and incorporates new technologies, the entire business model of the automotive industry will need to simultaneously adjust for dealers to remain competitive—especially in China's slowing market. In fact, automotive companies may have to entirely reevaluate their position in the value chain, analyzing the best ways to integrate data and software capabilities.

Though the largest car market in the world is currently facing a contraction, dealers are working through the fluctuating consumer demand and adjusting to the changes that the future will inevitably bring.