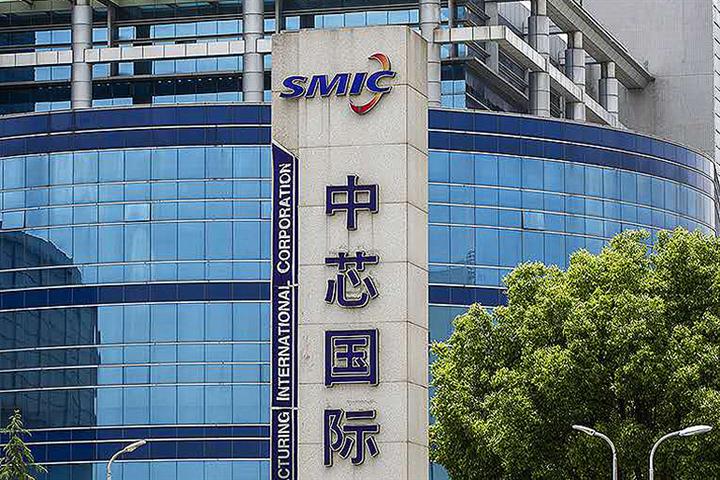 (Yicai Global) Aug. 7 -- Shares of China's Semiconductor Manufacturing International slumped this morning as investors locked in their gains after the mainland's top chip foundry, which recently issued new shares, said that its net profit surged more than seven times in the second quarter from a year ago.

The semiconductor company's net profit rose to USD138 million in the second quarter while its revenue climbed 19 percent to USD938 million, it said in its earnings report published yesterday.

Co-Chief Executives Zhao Haijun and Liang Mengsong expected the firm's performance to further improve in the third quarter. Although the macro environment is changing, the demand for chips is still strong, especially for those used in consumer electronics, they wrote in the report. The company is expanding its capacity with a high utilization rate, they added.

In the second quarter, the portion of communications fell slightly to 47 percent of the total revenue while that of consumer electronics increased to 37 percent from 31 percent.

The firm revealed in the same report that the scale of its recent Shanghai Star Market share offering was CNY45.7 billion (USD6.6 billion), far exceeding the previous target of CNY20 billion. These funds will be used for a 12-inch chip SN1 project in the eastern city. The plant will produce advanced 14-nanometer chips.

Founded in 2000, SMIC counts Huawei Technologies's chip affiliate HiSilicon as one of its clients.