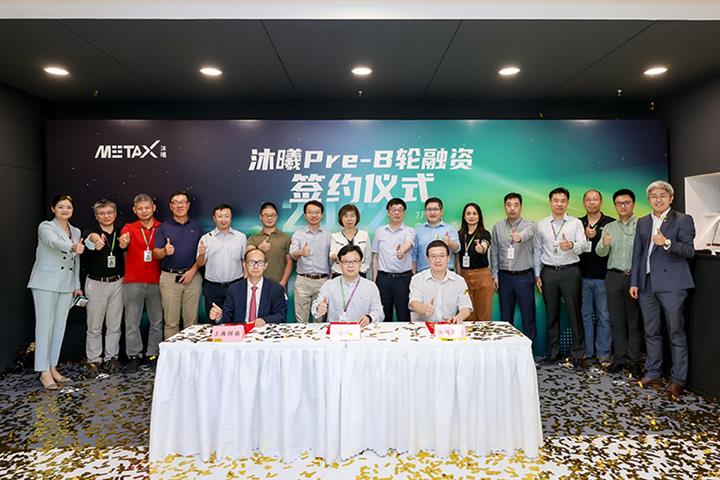 (Yicai Global) July 5 -- MetaX Integrated Circuits, a Shanghai-based chip startup, today announced the completion of a CNY1-billion (USD150 million) Pre-B round of financing, saying the funds will be used to accelerate the development and commercialization of its high-performance graphics processing unit.

This round of financing will lay a solid foundation for mass production of high-performance GPUs, the firm noted, revealing no schedule for the mass production.

High-performance GPUs have a powerful parallel data computing capacity and are programmable, which means they are an important support for the national digital economy as a general-purpose computing engine, it said.

MetaX has completed five rounds of financing since it was set up in September 2020. In August last year, it announced the completion a CNY1-billion A round of financing, led by China State-Owned Enterprise Restructuring Fund and China Internet Investment Fund as well as other investors.

MetaX had more than 300 employees, 80 percent of them for research and development, the firm revealed in August last year, adding that members of its core team had a nearly 20-year experience on average in the GPU field and came from world-known chip makers such as American giant Advanced Micro Devices.