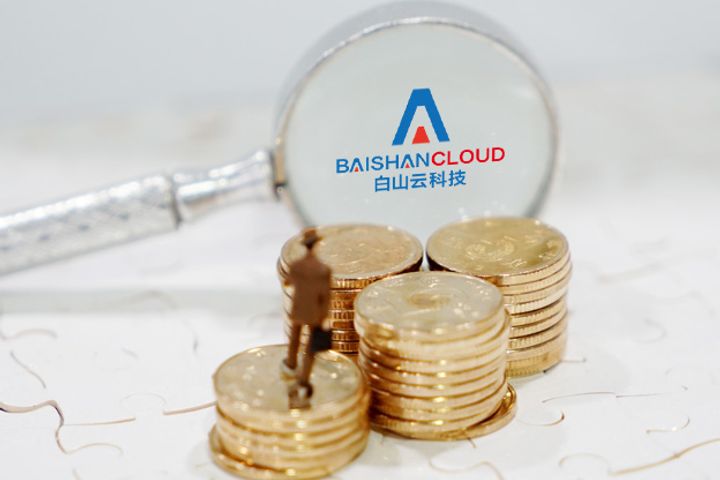 (Yicai Global) June 1 -- Chinese BaishanCloud has finished its Round C+ financing worth CNY240 million (USD37.4 million), with some state-owned heavyweights in the list of investors.

Guizhou Big Data Industry Fund and China Galaxy Investment Management, as well as some former shareholders invested in this round, tech website 36Kr reported. The company will use the funds to advance the R&D for its core technologies, and cement its advantages in cloud-chain services, said Jason Huo, the chief executive of BaishanCloud.

The company also announced it will offer cloud computing services for state-owned Industrial and Commercial Bank of China, which will add to its current 400 clients including Microsoft, Xiaomi, and Meituan Dianping.

The firm has seen large profits for two years consecutively, with the latest quarterly turnover multiplying 56-fold of that in the beginning, said Huo. The firm has also amplified its funding on each round with the previous one in 2016 raising CNY100 million.

BaishanCloud, founded in 2015, engages in three cloud services of distribution, storage, and aggregating.