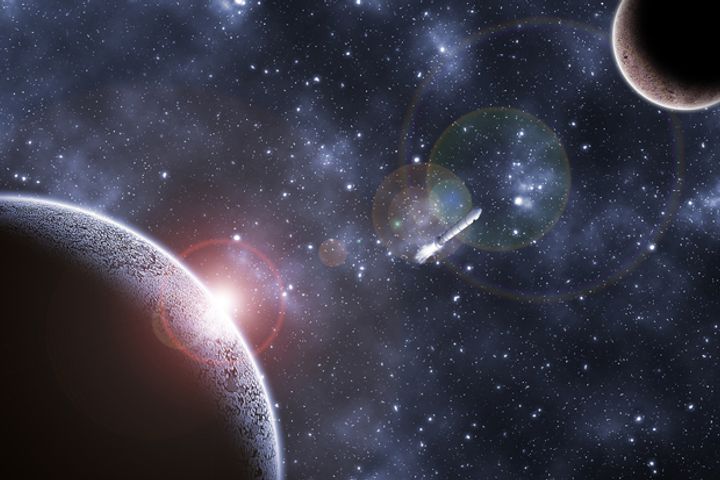 (Yicai Global) March 8 -- Smart Dragon-1, the first of a series of commercial carrier rockets being made by China Aerospace Science and Technology, is set to make its maiden flight in the first half of this year.

The carrier, China Aerospace's first built purely for commercial purposes, takes just six months to build and can be prepped for launch in 24 hours. It can equip multiple satellites, with 1.2 meter or 1.4 meter diameters, in order to meet demand from companies looking to launch multiple satellites to orbit at the same time.

The Dragon series of spacecraft will have two sub-families named Smart Dragon and Soaring dragon, the statement added, with the former focusing on flexible launches and the latter on higher load capacity.

Powered by four solid-propellant engines, Smart Dragon-1 is 19.5 meters long and has a diameter of 1.2 meters. The carrier's takeoff weight is about 23.1 tons and it can send payloads of over 150 kilograms into solar synchronous orbits at 700 kilometer altitudes.

Most Smart Dragon carriers will use solid-propellant engines, while the Soaring Dragon series will use liquid propellants, according to the statement.