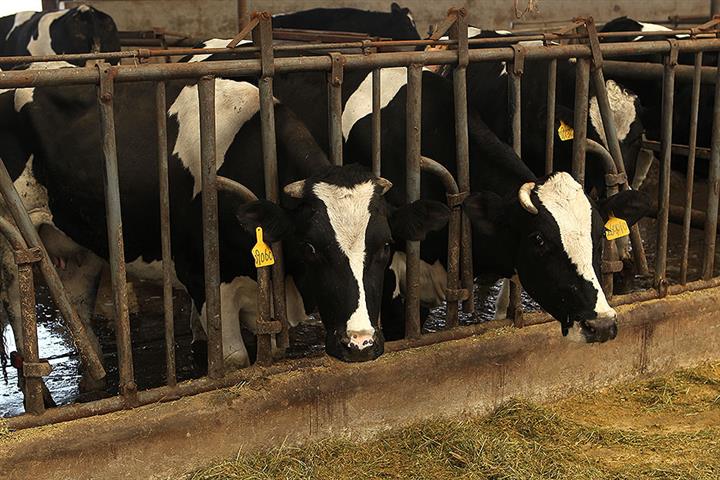 In early March, Junlebao Dairy kicked off a 12,000-cow farm in Hebei province, looking to produce 80,000 tons of milk each year, the Shijiazhuang-based company told Yicai Global. The firm has also almost finished its two other projects with 10,000 head of cattle.

The Chinese dairy industry has been recovering from a milk price collapse in 2014, which caused most of the big players to make losses instead of profits at a point, according to data from the Dairy Association of China. In 2010, more than 40 firms were building ranches that housed over 10,000 cows.

But prices are increasing across the board now. The price of a Holstein cow has risen by as much as CNY10,000 to as high as CNY23,000 (up to USD3,252) from last year, said Xu Xinqiang, founder of Hebei province-based dairy farm. Most of China's dairy cattle are imported from Australia or New Zealand.

Controlling the whole production chain comes with advantages. By building their own farms, companies can make more stable, high-quality products, said a person in charge of a dairy processing firm. Since the end of the Chinese New Year holiday, the parent company had been urging the person to build new farms in northern China's Shanxi province, as well as northeast China.