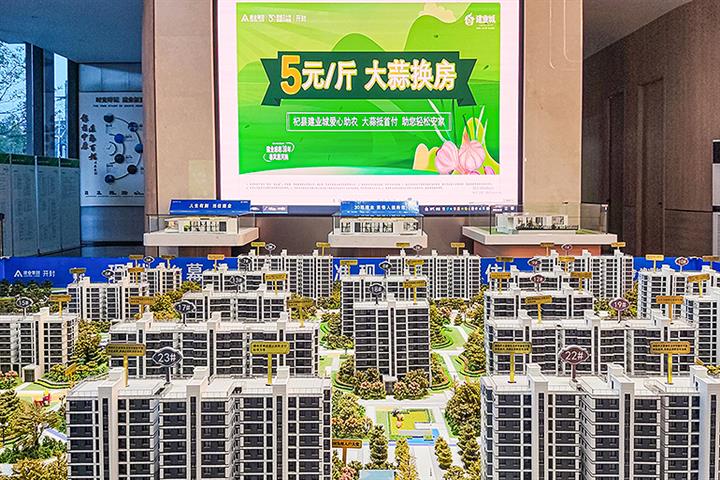 (Yicai Global) June 24 -- The recent promotion by Central China Real Estate, which is based in China’s agricultural heartland of central Henan province, allowing home buyers to make partial downpayments in garlic and wheat was an advertising ploy to disguise discounts that could spark trouble with earlier buyers who bought at full price, Securities Daily reported today.

“We are not actually accepting garlic in lieu of payment,” sales staff at one of the firm’s residential housing projects in the major garlic growing center of Qixian county told Securities Daily. But we are offering discounts of up to CNY70,000 (USD10,453) on the properties and have concluded sales of over 30 units so far, they added.

Chinese developers need to quickly recoup funds in order to pay off mounting debts amid a sluggish real estate market, real estate analyst Chen Lei said. The best way to boost sales is to slash prices, but this can cause conflict with early buyers who bought the same apartments at a higher price. So some developers resort to chicanery to disguise the price cuts.

Central China has some urgent bills to pay. The Zhengzhou-based company has issued USD2.4 billion of US dollar-denominated bonds, one of which worth USD500 million is due in August. Yet sales are plunging. The firm’s net profit slumped 66.4 percent last year from 2020 to CNY605 million (USD90.3 million) and its cash reserves shriveled 73.9 percent to CNY5.9 billion (USD881 million).