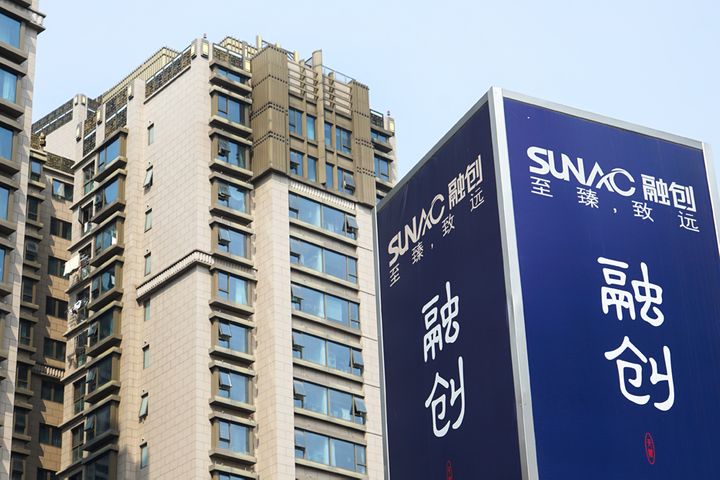 (Yicai Global) March 27 -- Chinese real estate company Sunac China Holdings has raised its contracted sales target for this year to CNY600 billion (USD84.6 billion) though the industry is reeling from the Covid-19 epidemic.

Data show that Sunac ranked in the top 10 in the country in terms of sales in 43 cities last year.

As for land reserves, Sunac, its joint ventures and associates had about 239 million square meters of reserved land as of the date of the statement. The value of the land is estimated at about CNY3.07 trillion (USD432.9 billion), of which more than 82 percent is located in first- and second-tier cities. Sufficient and high-quality land reserves will strongly support the group's future sales performance and long-term stable development, it said.

The Covid-19 epidemic has hit the global economy hard, Sunac noted. The epidemic in China has been well controlled, and the return to productivity is in full swing. With the support of monetary easing and an active fiscal policy, China's huge resilience will enable its economy to quickly emerge from the trough caused by the epidemic and maintain a relatively stable development trend throughout this year, the company added.

"Our sales have grown steadily to scale now and we see profit as a priority," Sun said at a press conference. "In fact, we have not set any target for sales growth. We see managing profit as the major task and do not want to set any goal for sales."

The real estate industry has entered an adjustment period. "This year's opportunities in mergers and acquisitions are definitely much larger than in previous years. We see this year as a year of change that has offered more chances than any time before," Sun stated, adding that there are not many high-quality acquisition targets available because many property companies are facing problems, including liquidity pressure and high costs.