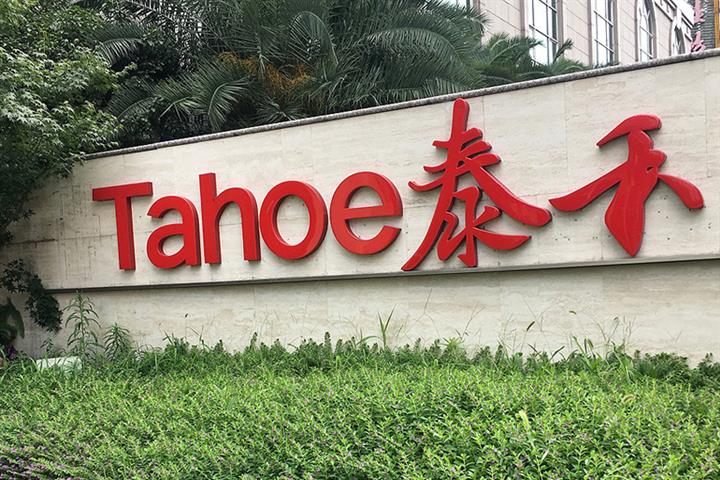 (Yicai Global) May 14 -- Shares of Tahoe Group tumbled to the lowest in six years today after the embattled Chinese real estate developer said that it is considering its options after terminating reorganization plans involving its controlling shareholder's life insurance unit.

The real estate firm is communicating with creditors about debt restructuring and exploring its options to introduce a new strategic investor within the property sector, the Fuzhou-based corporation said in a statement yesterday. But the company's performance could be affected by its deteriorated liquidity this year, it added.

The new investor could be a state-owned entity, even one that is run by the central government, the 21st Century Business Herald reported, citing the firm. Thereby, Chairman Huang Qisen, who has been listed as a dishonest borrower in China, could give up his position as the controlling shareholder, it added.

The plans to issue new shares to buy Tahoe Life Insurance from its controlling shareholder Tahoe Investment, which also has a 49 percent stake in the real estate firm, were scrapped because of the debt default and the current economic situation in Hong Kong, said the company.

Huang had given a loan guarantee to Jinze Real Estate Investment, an indebted subsidiary of Tahoe, that failed to repay on time. This is why Tibet Trust, the creditor, applied on April 1 for the actual controller, Jinze, and the parent to be added to China's list of dishonest debtors.

The debt of Tahoe and Huang amounts to CNY1.9 billion (USD267.6 million), more than 10 percent of the firm's latest audited net assets, according to yesterday's statement.

Almost all of the 49 percent stake that Tahoe Investment has in Tahoe Group has been pledged, while about 7 percent of those assets are frozen.