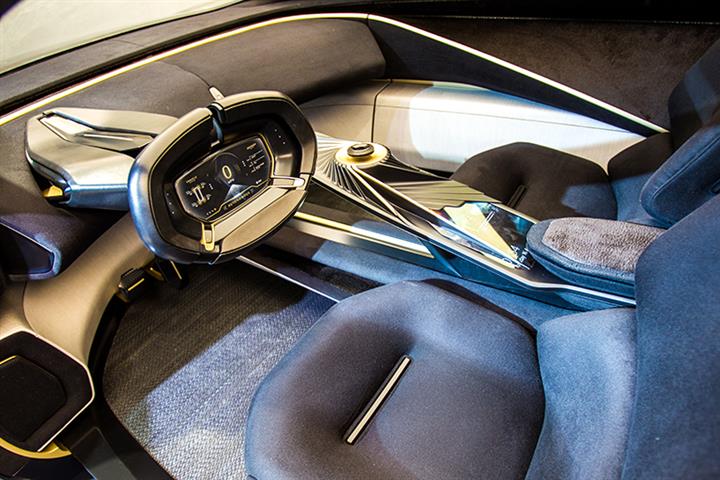 (Yicai Global) June 8 -- Nasn Automotive Electronics, the Chinese drive-by-wire supplier, aims to get listed on Shanghai’s Nasdaq-like Star Market in the next two to three years, founder and Chief Executive Tao Zhe said at an industry forum in Hangzhou on June 5.

Most of the firm’s staff are engaged in research and development, especially software and electronic control, said Tao. “X-by-wire is a huge market in the intelligent driving era,” he said. “Getting listed is not our final goal.”

Nasn has kicked off a series C financing round recently, Tao said. The funds will go to develop more products for smart driving, expand the market and enhance brand awareness. It received a total of CNY500 million (USD78.3 million) in a second round of financing, valuing the company at nearly CY1.5 billion (USD234.75 million).

X-by-wire, also known as by-wire, is often discussed in the context of replacing vehicle controls such as steering and braking as a result of the shift from mechanical and hydraulic systems to electronically controlled systems. X-by-wire is becoming more widely used as the mass production of level three self-driving vehicles speeds up, and is as important as sensor systems like radar and cameras and decision-making systems like central processing units in a self-driving vehicle.

“As self-driving moves up to level three or higher levels, ‘redundancy’ and ‘safety’ are mandatory for chassis control,” said Tao. In level three assisted driving, whenever the system fails, drivers are expected to take over. But when the self-driving era truly arrives, humans will not intervene when a system fails, so another backup system is a must. Redundancy and safety are critical to self-driving.

So far, international giants like Bosch, ZF and Continental, which set up in this field earlier in China, have first-mover advantages. But domestic players such as Nasn are trying to earn their places as intelligent driving is developing quickly in the country. Tao hoped the x-by-wire systems Nasn developed could be applied to more vehicles and compete with overseas rivals through flexibility and higher-paced upgrades.

“The biggest challenge we had as a startup over the past five years was not products, but winning the trust of businesses,” said Tao. As a technician, he is confident that the firm can make great products, but carmakers are not likely to trust a startup to procure chassis components, which requires a high level of safety.

Compared with foreign companies, Nasn knows Chinese customers better and has more flexibility in projects with carmakers. “Shorter development cycles and fast iterations will give carmakers an advantage among peers,” Tao said.

Nasn has cooperated with more than 20 vehicle manufacturers such as BYD, BAIC New Energy, Changan, Ford, GAC New Energy in the NBooster system. The system, which can increase an electric vehicle’s mileage by 10 percent to 15 percent, can also be found on Baidu’s level four self-driving minibus Apollon and Robotaxi.

“We hope to cooperate with foreign auto brands, joint ventures as well as domestic carmakers, and all this requires more capital and resources,” Tao added.