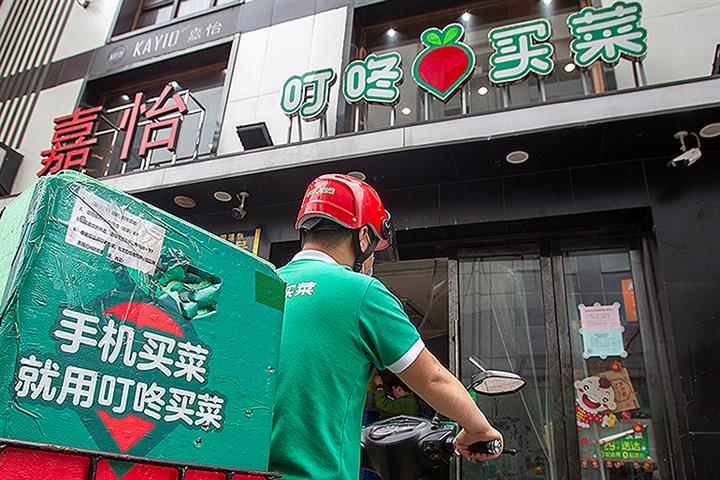 The company fulfilled 100.1 million orders in the quarter, 63 percent more than the year before. But high rents and the huge cost of hiring delivery workers have eaten at earnings. In 2020, 36 percent of Dingdong Maicai’s income was spent on such basic expenditure.

Its first-quarter loss is expected to narrow further even though it is usually a down period for the urban grocery market due to the Lunar New Year holiday, when business slows and overtime labor costs increase, the firm said.

Dingdong Maicai was forced last month to rebut a media report claiming that it was planning to let up to half of its workforce go. An investigation by the Shanghai labor bureau found that staff turnover is similar to previous years, founder and Chief Executive Officer Liang Changlin said on an earnings conference call.

Dingdong Maicai operates a close-to-store warehouse business model, enabling it to complete fresh produce orders in under half an hour. It runs 1,400 warehouses covering 500,000 square meters and has 10 factories for food research, development and processing. It plans to build three mega fresh food complexes this year.

The e-grocer has been engaging with farmers to improve the quality of their produce through better technologies. It is also helping to boost farmers’ incomes by encouraging order-based farming, Liang said.