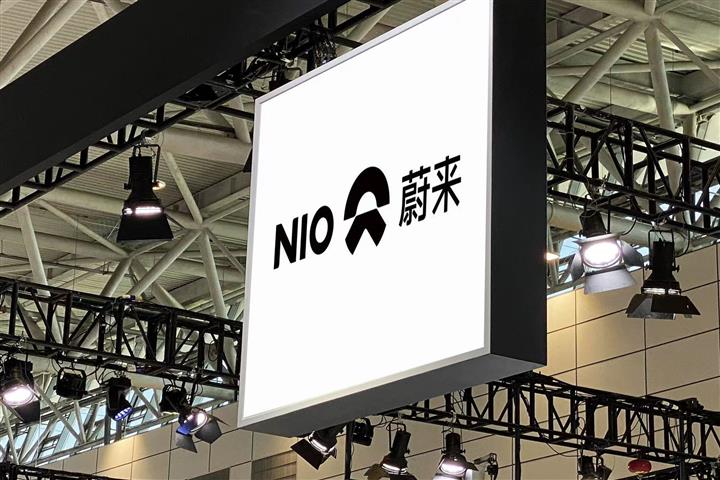 (Yicai Global) July 29 -- Nio is branching into smartphones, according to a netizen who watched a conversation between the Chinese new energy vehicle firm’s chief executive officer and some customers that was accidentally livestreamed.

All that Nio needs to do at present is develop a user-friendly phone and release a new model each year, just like US tech giant Apple does, the user with the alias Red V on micro-blogging site Weibo posted yesterday, citing William Li’s private conversation with clients that was aired by mistake by Nio’s sales unit in Fuzhou, southeastern Fujian province.

This is the second time that Li, who is also founder of the firm, has said that Nio is looking into making mobile phones, following an earlier remark in March.

California-based Apple is very closed to the auto industry and does not open ultra-wide-band widths and other interfaces, Shanghai-based Nio told Yicai Global earlier.

Auto manufacturers are moving into smart phones out of concerns for vehicle safety, Geely Auto Chairman Li Shufu said. As smart cars evolve, it is becoming a trend to control vehicles through cellphones. Using third-party mobile phones can pose some risks, unlike with self-made ones.

Auto manufacturers' foray into smartphones is possibly aimed at enhancing software strength and promoting integration between cellphones and vehicles, according to US consultancy firm McKinsey & Company.

Now that smart cars have a mobile terminal feature, carmakers need to familiarize themselves with their customers’ needs, an investor in a self-driving firm told Yicai Global. Mobile phone makers know their clients better.

Developing a popular smartphone is not easy, but the technical barrier should be lower than for vehicles, people in the cellphone sector told Yicai Global.