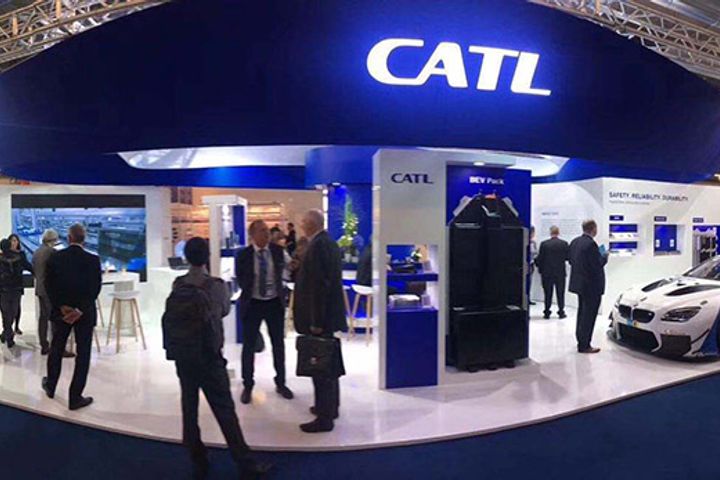 (Yicai Global) March 14 -- Contemporary Amperex Technology Co., which aims to become the world's biggest battery maker by 2020, has revealed further details of its plans for an initial public offering. It has also been reported that CATL has acquired control of a large Canadian lithium mining company.

The unicorn has updated its IPO prospectus to say it intends to raise CNY13.12 billion (USD2.08 billion) by issuing as many as 217 million shares on Shenzhen's Nasdaq-style ChiNext board, according to the securities regulator's website. The Ningde-based firm has taken a more than 90-percent stake in North American Lithium Inc. for an undisclosed sum, the Financial Times said on March 12. Quebec's provincial government retains a 5-percent holding.

Seven-year-old CATL, whose listing process will likely gather pace after its prospectus update, is set to alter the terrain of the global power cell industry, insiders believe. The company is poised to become the second new economy business to list on a mainland China market after Foxconn Industrial Internet Co. CATL plans to use the funds to invest in its lithium power cell production bases and research and development of power and energy-storing batteries.

In the near future, the companies that design, develop and produce batteries are set to become the oil majors of their age as the world's carmakers pour billions of dollars into plug-in vehicles and governments attempt to shift their economies away from reliance on gas-driven vehicles.

CATL founder and Chairman Robin Zeng is betting that the funds secured through the IPO and acquisition of the Quebec-based lithium miner will help propel the company to the top of the global battery maker's league table within five years. CATL now has control of a mine expected to produce about 23,000 tons of high-quality battery-grade lithium carbonate a year. Australia, the world's largest lithium-producing country, extracted 20,613 tons of the ore last year, according to Investingnews.

CATL had assets of CNY41 billion as of June 30 and net profit of CNY2 billion on revenue of CNY6.3 billion between January and June last year. These factors combine to set the company on an upward trajectory with seemingly unstoppable momentum.